The discovery of ibogaine in the recent times has taken the world of drug addiction treatment by the storm and has brought a glimmer of hope for the drug addicts, battling the severe addiction symptoms for due recovery from it. Ibogaine is known as tree of life and is an exotic shrub which has its roots in the West Africa rain forests. Tabernanthe iboga is regarded as the scientific name for ibogaine.

Cultural Use of Ibogaine

The inhabitants of Gabon have utilized the root of ibogaine in tribal initiation centuries for many centuries now. The ceremony is held as an integral part of the rituals of Bwiti religion. Additionally, the root of ibogaine is also made use of for a wide array of medicinal purposes. In the last 15 years, scientists across the world have been making it a point to get the hang of the therapeutic effects of ibogaine in the treatment of addiction.

The purified version of ibogaine is widely used for the treatment of addiction arising from cocaine, heroin, and alcohol. The research into the characteristics of ibogaine showed that it encourages marked and swift decline in the drug and alcohol urges. Additionally, ibogaine takes the sting out of withdrawal symptoms related to drug and alcohol detox and is thereby widely acclaimed for its efficacy in the treatment of addiction.

Ibogaine has great degree of potential which is being harnessed by scientists for getting the measure of the functioning of brain behind propelling the addiction. Moreover, the addiction can be addresses only by making a through perusal of the relation of brain to addiction. There exist a number of mysteries concerning ibogaine and deep insight, combined with clinical trials has paved the way for the discovery of extensive medical properties of ibogaine. The odds are pretty strong for the long active metabolite in Ibogaine to be utilized in patch technology, which bears striking similarity to the one which is being employed for the addiction treatment of nicotine, in the recent times.

There are many stages that span over the ibogaine therapy. The first base is detoxification process or ibogaine detox period. This process is initiated when a person takes the plunge into ridding his body of drug addictions such as heroine. Each detox procedure has their own underlying methods. 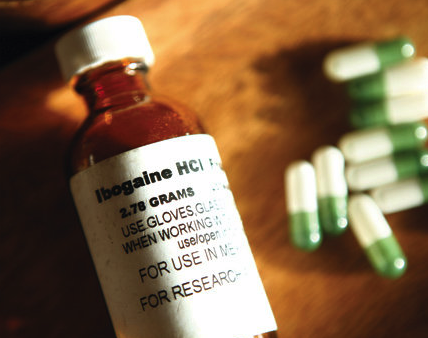 Role of Ibogaine in Addiction Recovery

The primary purpose of ibogaine detox is to set a person free of the shackles of addictive substances in a swift and effective manner without inviting excruciating pain. Multitude of people opines that the detoxification process carries the worst effects that come with the territory of ibogaine therapy. However, it is at the discretion of the rehab institute in question to integrate the safest and comfortable method involved in detoxification process.

Here are some of the steps to be followed in the detoxification process:

1.) At the first base of the detoxification process, the patient in question is comprehensively evaluated by the medical staff.

2.) Secondly, the adept professionals or experts check into the nutritional, neurobiological, and biochemical condition of the patient and map out the detoxification plan in the light of it.

3.) Once the experts have got the measure of the conditions of patient’s mind, they stand in the right capacity to usher them through the riddance against addiction.

In the end, it is worth concluding that keeping the aforementioned nuggets of information into consideration; one should set out on a journey towards full-scale recovery from addiction and should make it a point that you follow the regimen with austerity and firm resolution.

Common Stresses That Come With Aging

Things One Should Know About Kratom Solution