The rich cultural heritage is what makes India different from all other countries of the world. 29 states, 7 union territories with 1.277 billion people, speaking over 25 different languages, and belonging to more than 6 religions, is the basic cause of this versatility of the land. And the best way to observe this diversity is by noticing the variety in the clothing of the people. This last statement, anyway, does not hold well with the present dressing styles. As is always said, though the British left our country, their taste did not, and western influence has caused all Indians to cling to the same type of denim, irrespective of the difference in geographical regions to which they belong. But, it is actually the traditional wears that bring about the variety in Indian culture.

The traditional dressing pattern originated centuries back in the early civilizations of Harappa and Mohenjo-Daro, and also with the Aryans. With the invasion by different conquerors and splitting up of the land into different kingdoms, the versatility in dressing arose. Geographical factors have contributed towards the essence of conventional dressing patterns too. Nowadays, traditional wears are almost unseen. Excluding villagers in remote areas and elderly people, the majority of the population today dresses in westernized fashion. Typically traditional clothes are now rare in the wardrobes of most Indians. If at all there, they are reserved for special occasions like festive ceremonies and religious festivals. 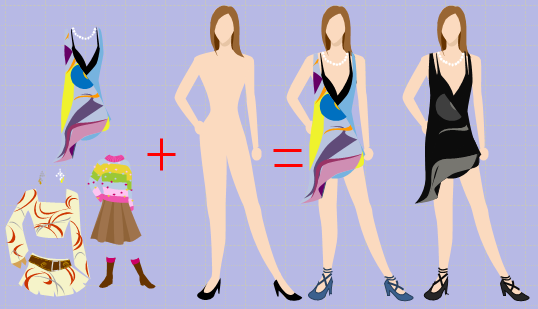 The major cause for the popularity of western garments over traditional Indian ones is a comfort. Earlier, people had a separate style of living and the loose and airy conventional clothes suited their working conditions well. But today, with the hectic schedule and busy lifestyle, loose and dangling outfits are undoubtedly found too disturbing. In comparison to these, foreign tights are found to be more suitable to cope with the active living trends.

In spite of all, the Indian heart is still full of admiration for the traditional clothes. Though people complain about the discomfort of wearing them at work, one can never be oblivious to the beauty these outfits impart to the person sporting them. The most impressive fact about traditional garments being worn today is that the regional clothes have now spread out over the entire country. The Punjabi Patiala is no longer confined to the villages of Punjab but has come to be worn by plenty of Indian women throughout the nation. Same is the case with the South Indian lehenga. Nevertheless, it is needless to say that traditional wears have been, are still, and will be valued for their own magnificence.

Delhi being the capital of India is having the most number of people from different culture and tradition. So the display of tradition is most vivid in Delhi through the clothes. From all the regions of Delhi, Punjabi Bagh is very famous for clothes. So in order to explore the latest traditional wear in Delhi one must visit the streets of Punjabi Bagh of Delhi.