Since cats can’t speak, it is often difficult to determine when something is bothering them. Cats usually let problems be known through actions that are irregular of their normal personas. Below, we take a look at 5 of these irregular cat behaviors and offer some advice as to how to proactively treat them.

Not Using The Litter Box

When cats relieve themselves away from the litter box, it is often a sign of significant stress. Other times, it is due to a urinary tract disease, also referred to as interstitial cystitis. Yet sometimes urinary tract diseases are traced right back to stress. To prevent the behavior, make sure that the litter box is always clean and put more than one litter box in the house. Be sure to use cleaners and cat litters that eliminate odor instead of covering it up. A scentless litterbox will encourage the cat to make good use of it.

Pica, or the eating of objects that aren’t food, happens for little to no reason. Some think that cats eat nonfood items due to a severe medical condition like liver disease or anemia. Take the cat to a veterinarian to see if there is a medical condition. Sometimes cats are just stressed out or bored so they start to eat things that aren’t food. So, keep them busy through play sessions so that their mind doesn’t turn to eating whatever is in sight. 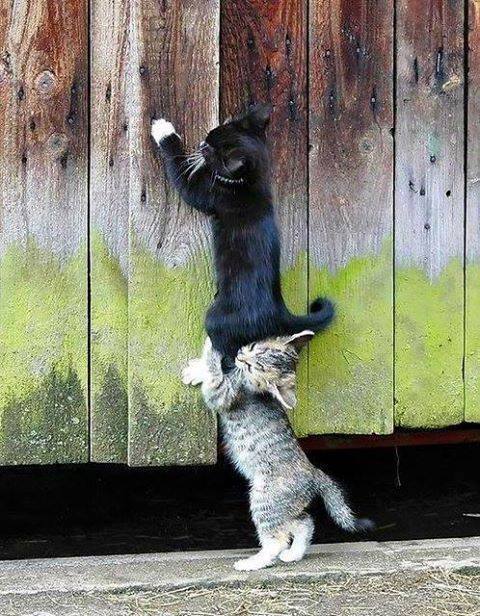 Sometimes cats lash out against their owners or others in the house. This is often due to a a hidden pain, distaste for physical contact or because they don’t want to be disturbed. To prevent further aggression, try out some pain injections or supplements with glucosamine and fatty acids. This will treat the cat’s pain, if that is the underlying issue. Also, keep strangers away from the cat and try to be as gentle as possible when playing.

Sometimes cats will cower in fear and hide from their owner. Fear is typically caused by genetics, traumatic experiences and insufficient socialization. Try to identify exactly what the cat is afraid of and remove or reduce that stimulus. Handle your cat gently and don’t make loud noises. You need to create a calm atmosphere to allow your cat to relax and be himself. If these ideas don’t work, consult with your veterinarian to see if there is a medication that will lighten your cat’s mood.

Cats spray their territory with urine to mark their spaces. This typically occurs because the cat is nervous, because it is responding to a change or simply because it wants to show ownership of its space. Spraying is treatable through various medications, a changing of the environment or by providing extra litter boxes. The problem is reduced in the vast majority of male cats through neutering.

Cats will act oddly to communicate that something isn’t right. So, be a close observer and try to understand your cat’s irregular behaviors. Nearly all of these behaviors can be corrected with some patience and willpower.

Dog Training: The Necessity Of Every Dog Owner