There are tons of health statistics stating several new scientific discoveries and one of the best that has been released is the effect of whey protein supplements on diabetics. According to research Whey protein can increase the body’s insulin response because of which the body’s volatile glucose levels can be subdued. Subjects suffering from Type 2 Diabetes have a major risk of facing cardiovascular ailments, Kidney failure, Alzheimer’s and retinal damage.

What Research Has Been Done?

One of the earliest evidence regarding Whey protein’s affect on blood sugar levels was confirmed in April 2014 in a study that appeared in ACS’ Journal of Proteome Research. It examined the effect of different protein sources on metabolism of an individual. Since obesity leads to various conditions like diabetes, there has been constant research regarding various components that could visibly reduce the abnormality in the blood. Whey protein lowers fat quantity in the blood and increases insulin that keeps the blood sugar levels at a normal rate.

Whey can be defined as the liquid fraction of the protein which remains after removing solids from a dairy product. Whey protein can help you by curbing hunger pangs and giving the body energy to recover from exercise. While also maintaining a healthy physique, it reduces fat in the body which automatically controls diabetes. Maintaining the blood sugar levels is an utmost necessity if you wish to avoid medical conditions in the future. For years whey protein has been talked about as an extraordinary ’protein supplement’ by medical experts and physical trainers.

As per studies conducted by TAU’s professor Daniela Jakubowicz and Julio Wainstein of Wolfson Medical Center’s Diabetes Unit, alongside several other professionals, the supplement decreases insulin demands by the body. By consuming the supplement before meals has shown a remarkable result in diabetics. It improves the body’s insulin intake which is similar to the results gained while consuming anti-diabetic drugs. This makes the supplement as good as any medicine however the properties of whey protein differ from prescribed drugs. High milk intake increases the production of a gut hormone known as glucagon-like-peptide (GLP-1) which is responsible for insulin secretion.

If after a meal the body does not demand high sugar content, diabetics are naturally cured of this ailment without consuming external medical drugs. The particular study was conducted on 15 individuals suffering from type 2 diabetes at the Wolfson Medical Center. The participants would receive different quantities of whey protein (50 grams in 250 ml of water) followed by a standard high glycemic index breakfast which consisted of sugary jelly and three slices of bread. The meal has been designed to advance a post meal glucose spike while measuring the effect of whey in one’s diet. Blood samples were collected 30 minutes prior the meal after which whey protein was consumed.

Following blood samples that were collected assessed the plasma concentration of glucose, insulin concentration and intact GLP-1. The analysis was conducted at 15, 30, 60, 90, 120 and 180 minute intervals after the meal. What researchers found was that consumption of whey protein incredibly reduced 28% of the glucose levels under a uniform phase. With insulin and GLP-1 responses significantly higher, around 105% & 141%, the deduction made proved a 96% increase in insulin levels in the blood. Whey protein reload visibly reduced an increase in blood sugar levels that is often noticed in Type 2 diabetics. 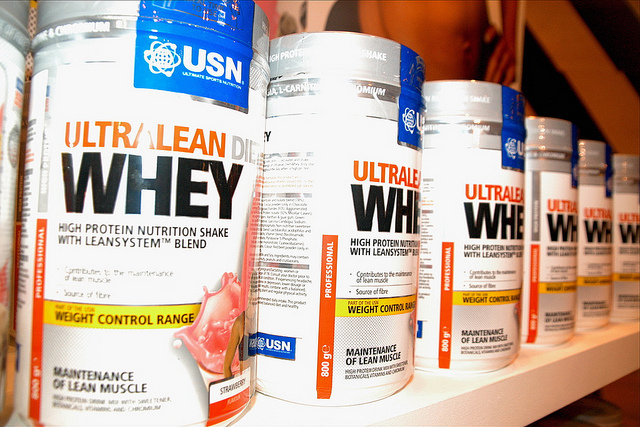 It has become a proven fact that whey protein reduces blood sugar levels and regulates insulin demands of the body. This natural product that is produced during the production of cheese has gained a renowned status for being the ideal protein supplement. Bodybuilders and weight trainers recommend whey as a wonderful source of protein. The production of whey protein occurs when milk is coagulated during the process of cheese production. Containing 5% lactose, minerals and a small quantity of lactalbumin, the lipid content is removed and proteins can be increased. The use of whey protein for reducing obesity, cardiovascular diseases and several other diseases has been an ongoing research since 2007.

It offers excellent metabolic advantages assisting recipients suffering from type 2 Diabetes. It isn’t just a few ’grams of protein’ but is composed of bioactive peptides. This by-product of cheese also contains glycomacropeptides that are released during enzymatic reactions. It boosts metabolic rate since it is a metabolic activator that is a better alternative than casein or soy. Since it contains 50-70% times more leucine, it has a greater dynamic concentrate to boost metabolism. If consumed in higher amounts, the supplement stimulates a gene signaling system known as mTOR which induces protein synthesis. Being an easy supplement to digest and absorb, the effects shown are immediate.

Blood sugar levels need to be closely monitored if you’re consuming whey protein before a high glycaemic index meal. The reduction of post meal sugar levels and improved GLP-1 responses gradually proved the health benefits of whey protein. The Israeli Ministry of Health and Milk Council funded the first round of research conducted at Tel Aviv University for studying effects of whey on diabetics. It can now be concluded that adding whey into your diet with rapidly consumed and digested carbohydrates boosts insulin levels and reduces blood sugar levels.

If you are facing troubles because of an irregular blood sugar pattern, whey proteins are the best and most natural source to come across. With insulin 105% higher, c-peptide 43% higher and GLP-1 141% higher than the prior recordings, the need for consuming anti-diabetic drugs decreases. This wealthy attempt for controlling diabetes in patients has been a remarkable discovery that not only benefits diabetics but also patients facing other medical ailments like obesity, cardiovascular disorders and Alzheimer’s disease.

The Qualities Of Turmeric