They’re all at it – playing poker has never been hotter than it is right now with the big celebs. Whether they’re pretty serious about it like Ben Affleck and Tobey Maguire – both having competed in tournaments, or they join in a charity event, there is no doubt that poker is a favourite with the rich, glitzy and glamorous. 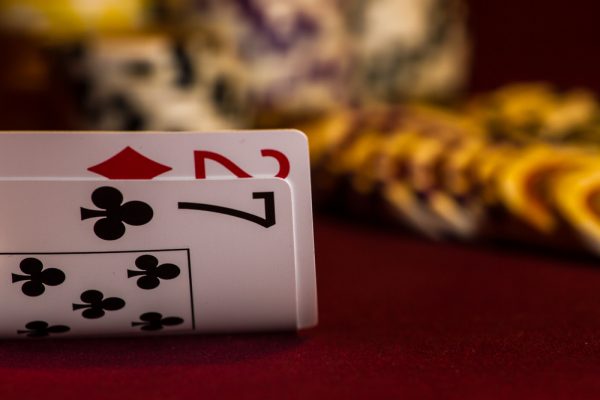 It’s pretty cool to think about stars like Mel Gibson, Gene Simmons and Robert Downey Jr facing off against each other across the tables, and that’s what happened at a recent charity event held at The London West Hollywood.

Hosted by Mel Gibson, who famously played poker trickster Maverick in the 199x film of the same name, the event was for Mending Kids International. As well as the big movie stars there were celebs from stage and TV lending their poker skills to the table. Although Simmons confidently predicted he would win, it turns out that Will Hartman took the honours.

Best known for playing Spiderman, Tobey Maguire has been known to play in high stakes tournaments against professional players. He has, according to poker professional Phil Hellmuth, won around $10 million in the Hollywood homegame circuit, although that is unsubstantiated.

One of his poker buddies, director and actor Ben Affleck was the first celebrity to win a major poker tournament when he scooped over $350,000 at the California State Poker Championship sunday. It seems ironic that major movie stars who already have millions of dollars win such big sums of money!

If you love a bit of poker and fancy following in the footsteps of Maguire and Affleck then your answer could be a poker party at your house. Just make it as glamorous and Hollywood as possible – grab some champagne, cigars and friends and party like you’re multi millionaire film stars!

And the great thing is that you don’t even need a poker set or chips – just log onto bgo.com and you can play online. Either play as a team or play against each other on smartphones or tablets.

Or, if you’d rather have the real deal, a set of chips can be picked up pretty cheaply and then you can practise sneakily online before your friends get there. After all, you want to be the Affleck of the group and win the game!