The relationship between Britain and Indian cuisine is a unique and extremely special one. Why? Well for one; Brits simply cannot get enough of the delicious Indian dishes offered around the country. However, at the same time there is a lot of ambiguity surrounding what genuine Indian food is. This article aims to clarify what is authentic and what is not by enlightening you to the country’s true food. After reading this post you should have all of the information you need in order to find an authentic and top quality Indian restaurant in London. 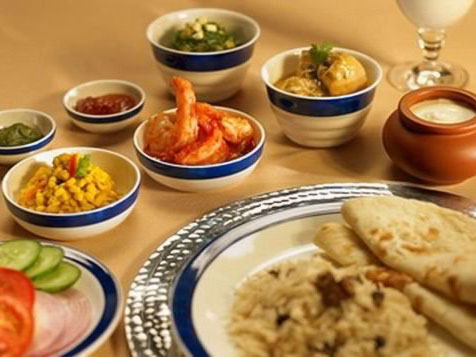 First and foremost, let’s finally clarify the biggest falsity of them all. This is unsurprisingly relating to ‘Curry House’ cuisine. Of course authentic Indian cuisine encompasses a vast array of curries, but these are not the same as those found in the thousands of curry houses situated all over the UK. In fact, this cuisine was generated by Sylheti sailors who came to Britain towards the end of the 20th century. The result is the cheap imitation curries found in restaurants today; consisting of everything from jam to onion puree to curry powder. These curries are definitely not the real deal.

Yet, do not despair, as authentic Indian food is certainly available in the UK. In fact, you will find that some of India’s finest Indian chefs are now plying their trade in Britain. The reason for this is because, believe it or not, but Indian food has experienced a lack of veneration over the past few years in its own country. Thus, the top chefs moved to a country whereby they knew their food is adored – and that’s why they are in the UK today.

As touched upon earlier, a lot of people are under the misconception that Indian food and Curry House cuisine is the same. Now that rumour has been put to bed, let’s delve deeper into the food you can expect at a genuine Indian restaurant. Let’s first start off by explaining the fact that Indian cuisine is extremely diverse. When you consider all of the regions that make up the country, that there is a monumental 23 different languages spoken there, and the fact that India is bigger than the whole of Western Europe – you can clearly understand how this would be the case.

Most Indian food served in London is known as North Indian food, this encompasses the likes of; SaagAloo, Tandoori Chicken, Naan, Punjabi Samosa, and Chicken Tikka Butter Masala. In fact, Butter Chicken is also actually the largest selling dish in restaurants in India. Southern Indian cuisine is rather unrepresented in the UK in comparison to the North’s regional foods. Nevertheless, there are restaurants that offer dishes from the Southern places, such as Hyderabad, the Coromandel Coast, and Mangalore. A prime example of this is Chelsea’s fine dining Indian restaurant; Chutney Mary.  In addition to Indian restaurants serving authentic dishes encompassing of varying regions, and using the top Indian chefs, they also follow the correct cooking methods too. No shortcuts are taken.

Hopefully this article will have enlightened you to how the best fine dining restaurants in London give you an authentic taste of India. If you use this information then you should be able to ensure you experience genuine Indian cuisine.

Few Things To Be Noted Down While Ordering Chinese Food

Frozen Foods — Some Facts to Know

Green Juice Recipes That You Can Savor Every Morning