According to the company’s stockholders’ newsletter for the second quarter of 2013, by July 8, 2013, Bayer had agreed to pay out $1.4 billion to reach Yaz and Yasmin settlements. The settlement agreement affects about 6,760 U.S. claimants who had filed lawsuits alleging a link between the defendants’ birth control medications and venous clot injuries, which include pulmonary embolism and deep vein thrombosis. The settlement agreement was reached without admission of fault on the part of the defendants. Claimants, on average, are expected to receive over $208,000 each.

The lawsuits resolved by the settlement had been part of the multidistrict litigation (MDL) proceeding in the U.S. District Court for the Southern District of Illinois under the direction of Judge David R. Herndon. When the Yaz MDL was established, it consolidated more than 10,000 lawsuits. The Judicial Panel on Multidistrict Litigation (JPML) created the MDL to centralize complaints against Bayer that shared the same general allegations and statements of fact. It is intended to make the litigation process more efficient with shared pretrial discovery and the avoidance of contradictory rulings. More information on Yaz lawsuits and on multidistrict litigation can be found at yazlawsuit-info.com. 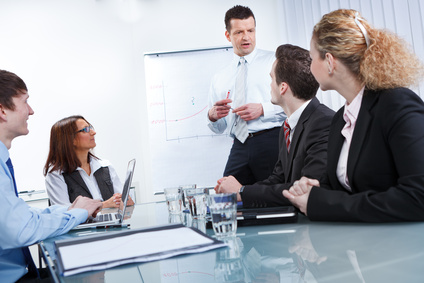 Settlement does not Affect All Lawsuits

Despite the astronomical figure involved in the settlement, it still does not affect all Yaz lawsuits consolidated in the MDL that involve claims of blood clot-related injuries. According to the defendants’ stockholders’ report, there are still about 2,800 pending lawsuits that involve these types of allegations. The representatives of Bayer are engaged in an ongoing review of claimants’ medical records to assess the possibility of additional settlement agreements.

This recent $1.4 billion settlement agreement comes on the heels of a previous settlement agreed to by Bayer and other Yaz claimants. In March 2013, Bayer agreed to pay out $24 million to plaintiffs who allege that the birth control medication resulted in gallbladder injuries and, in some cases, the surgical removal of the gallbladder. Bayer reported that 8,800 plaintiffs had agreed to the settlement arrangement by July 8, 2013, which more than met the 90 percent participation requirement.

Yaz and Yasmin are hormonal birth control pills that contain drospirenone, a type of progestin that has been linked to an increased risk of deep vein thrombosis (DVT). Plaintiffs who developed this side effect were diagnosed with blood clots in the deep veins of the body, typically in the legs. Sometimes, these blood clots break free and travel to the lungs, a condition known as a pulmonary embolism. This condition is life-threatening and requires immediate medical assistance.

In addition to shared allegations of side effects, the plaintiffs in the MDL allege that the defendants failed to adequately warn them and their healthcare providers of the potential for life-threatening complications. They further allege that Bayer did not sufficiently test the safety of their products.

Bellwether Trials had been Postponed

Plaintiffs in the MDL had been anticipating the first bellwether trial in January 2012. The bellwether trials, or first few cases to go to trial, would be used to gauge jury reactions to evidence and testimony. However, on December 31, 2011, Judge Herndon had ordered that settlement negotiations begin instead, postponing the case of Kerry Sims v. Bayer Corporation. Judge Herndon noted that he issued the order because he felt exploring a settlement would “better serve” the thousands of plaintiffs who had been awaiting their day in court.

Currently, there are no upcoming trials scheduled for the MDL, although nearly 3,000 lawsuits are still pending. According to the U.S. District Court for the Southern District of Illinois, a continuance order for the bellwether trials is still in effect. The plaintiffs and the defendants could agree to another settlement, forcing Bayer to pay out potentially millions more. Should these lawsuits not resolve through a settlement, the plaintiffs can anticipate the scheduling of new bellwether trials.

BIO: Jacky Gale writes frequently about pharmaceutical litigation and is a regular contributor to the Yaz Lawsuit Center. She is especially interested in the impact of dangerous drugs and medical devices on women’s health. Jacky hopes to raise awareness about some of the lesser known side effects as well as legal recourse available to women who have been harmed.

Restaurant Equipments – How To Make The Best Choice

How IT Services Will Help Your Business Grow