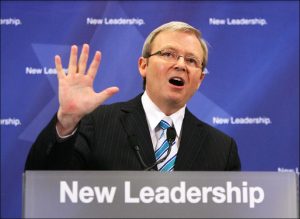 There was much talk in late June about the Chinese credit crunch. While, by that point in time, it was rather clear to anyone that the Chinese boom in economic development had started to wane, many still believed in the prowess of Asia’s biggest economy. However, the recent liquidity issue that surfaced in China has led to a lot of anxiety, both among the country’s population, as well as abroad. For one thing, numerous Chinese locals are considering moving their money to banks abroad, in the hopes of finding more security there. And, while Australian banks have seen their fair share of positive publicity lately, it’s undeniable that the situation in China has taken its toll on lenders down under.

A recent material published by The Australian speaks of turmoil in China in no uncertain terms. Many locals believe that Chinese banks cannot be trusted; should another similar situation arise any time soon, they are doubtful that the lending institutions could successfully navigate it. They are blaming corruption and inflation for what has recently transpired and have the potential to determine the government to intervene. The Chinese government hasn’t acted out in too much of an interventionist manner recently, but now they seem poised to make an attempt to regulate share markets that trade for the short term, in order to alleviate worries of a credit crunch that could turn into a recession.

The Chinese central bank has already taken steps to assuage these worries and ensuing statements made by the bank’s officials indicate that there is enough liquidity on the inter-bank trading market for the time being. According to the same officials, a number of seasonal factors triggered a sharp increase in demand for liquidities, but this was merely a passing phenomenon. In turn, this helped quell tension on the share market in Shanghai, whose index went down a paltry .2 per cent – good news compared to the previously recorded 5.8 per cent that followed indications of a credit crunch.

What happened in China affected markets around the world and Australia is no exception. The Wall Street rally in late June helped share prices edge up by 0.7 per cent; however, there was still tension on the market because of the situation in China. Political instability is also factoring in big time, as Australia has recently seen a dramatic change of Prime Minister, with Julia Gillard stepping down after a leadership spill and Kevin Rudd returning to the helm of the federal government. Market analysts explain that it is only normal for investors to feel uneasy about making major calls against such a backdrop.

Other segments of the trading market did not fare much better, also influenced by China. Mining shares fell, with the two top publicly listed companies losing 1.5 per cent and 0.9 per cent respectively. On the one hand, the financial trouble in China once more drew attention to the fact that Asian country can no longer be relied on as the main export target, where Australia is concerned. On the other hand, the newly appointed Kevin Rudd also made it his point to state that the time of the Chinese resource boom is officially over. Australian banks alone traded well, with the two listed lenders gaining 1.1 per cent and 1.3 per cent respectively. However, major banks are also coming in for scrutiny, as the ASPRA is preparing to enforce the new Basel III regulations. Many market observers are noting that the Australian banking scene needs more diversity, with smaller banks like Bankwest stepping to the scene, in order to pull the focus away from the traditional Big Four lenders.

Pad Up Your Wallet With Impact Group Fitness Business