Giant tires bouncing over mounds of mud and gravel, engine-revving sending screams across the fields and hills. The jeep bounces through the rocks and trees leaving behind only a cloud of dust and deep-ridged tracks. 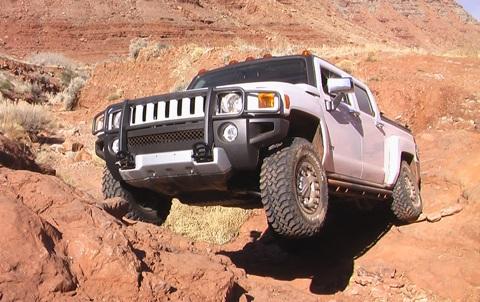 Off-roading is a dangerous and unpredictable activity that spans from major competitions to an exciting day out with the family and it can be found in most countries. The main elements of off-roading that come to mind are danger, reckless driving and giant cars. What doesn’t come to mind when it comes to the cars is what exactly makes it move.

Without the use of air compressors in off roading, not a lot would be happening! They can be used for a variety of different reasons with the main usage being keeping those tires pumped up and safe to use in the dangerous setting of off-roading.

As well as the tires, off-roaders will also need miniature air compressors in order to maintain their vehicles. Tools such as wrenches and screwdrivers that are powered by compressors can be useful when trying to reach sections of the engines that may be otherwise impossible to reach and fix.

It is clear that air compressors play a huge part in keeping off-roader vehicles in top condition and should be maintained in order for them to do their job at the best of their ability. Even for amateur off-roaders, they should always be kept in mind. However, if you are a professional off-roader, you will also find air compressors useful when you want to maintain excellent grip when surfing over extra slippery surfaces. This is used through air lockers that allow all four tires to lock. This can be very useful for those wanting to make an impression!

Air Compressors can be found useful in all different types of extreme sports. For example, if you didn’t include an air compressor in your supplies when packing for water rafting, you’d probably find it just as useful to try and go rafting on a blanket. The use of pressurized air through motorized compressors can be found in most situations though they are not the first thing that springs to mind, in fact, they are hardly ever accounted for outside of an industrial setting.

Remember that bouncy castle you hired for your child’s birthday party and how you watched through parted fingers as they took it in turns to deflate the castle and clamber to the top so they could hang from the top? That was all thanks to a 12-volt air compressor allowing the air to quickly leave and fill up the oversized balloon allowing your children and their friends to act like monkeys and fill your back garden with screams as it deflates and re-inflates within a matter of seconds.

Air compressors may have uses on a productive level that will help make jobs easier and completed more efficiently, but they can also be used on a recreational level though they may not get the gratitude that they deserve.

Author Bio: Tim has always had a soft spot for technology and gadgetry. When he is not busy with the S&L Engineering team, he spends his time writing and sharing his passion for innovative uses of technology with others.

Stolen Car Key? Or Lost? Replacement Car Keys Kingston Has A Solution For You

Buying A Car? Here’s How To Do It Right

Gearhead? 5 Amazing Careers You Can Pursue In Mechanics