Los Angeles is a city in the state of California, U.S.A. It is the most populous city in the state and the second most populous in the U.S.A. It was founded in the year 1781 and is nicknamed the City of Angels. There are many attractions to visit while on a trip there. Not only is it the global home of television and motion picture production but is also a melting pot of diverse culture. Some of the best places to visit while on a trip there include: 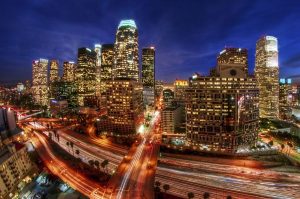 The Autry National Center is a museum that showcases the culture and history of the American West. The museum features;

The museum hosts plays written by Native playwrights. These plays have amazing theatrics and staged readings. The exhibitions at the Autry feature various subjects such as cultural pottery, items belonging to historic frontiers people and artifacts from years gone by.

There are also lectures and seminars about popular topics of interest hosted at this center. Books that are set in the American West are frequently discussed in special book talk forums. Moreover, there are workshops where people can learn about Native American culture and even participate in cultural activities such as weaving and decoration.

Opened on May 3, 1926, the El Capitan Theatre is known as Hollywood’s home of spoken drama. It was built by Mr. Charles Toberman. This theater paved the way for the movie and television culture that so characterizes Los Angeles. Its stage has been graced by the who’s who of movie royalty such as Clark Gable and Joan Fontaine. It was restored from 1989 to 1991 and opened with a premiere of Walt Disney Pictures’ “The Rocketeer”.

This theatre features a pipe organ known as the Mighty Wurlitzer. The organ has 4 keyboards and 37 ranks of pipes. The El Capitan theatre has over 2, 500 pipes installed in four chambers, two on each side of the theatre. This is quite a treat for music lovers. When the theatre is showing a movie, the interior is decorated with the theme of the film. The movie ceases to be just a screen play and becomes an experience!

Covering over 4, 000 acres, Griffith Park is a wonderful place to spend a day. It contains a myriad of attractions including the Los Angeles Zoo where one can view all sorts of animals in their natural settings. Also there is the Travel Town. This is a park where steam and diesel powered locomotives, train cars and trolleys from the past are brought to life. The Griffith Observatory was built in the 1930s and features a 12 inch refracting telescope. It is a beautiful structure that showcases a museum of astronomy and earth science.

There are many attractions in Los Angeles that will entertain all tastes. Fans of culture, history and the great outdoors will enjoy the various centers that have these features. Los Angeles is the creative capital of the world and is chock full of creative attractions. For Airline enquiries you can use easyjet booking number.

Which One You Will Pick; Fun Traveling with Travel Agent or Alone?