Ancient, spooky, and sinister tales are full of misguided gamblers who sell their souls to horrifying demons for the sake of massive wins. With this history in mind, you would think that gambling stories would be ideal fodder for the Halloween Spiel film. Despite this, however, gambling in horror movies is relatively thin on the ground. We’ve combed through Hollywood’s greatest horror hits about gambling.

This cult horror classic hails from 1968 and is based on short narratives by the master of horror, Edgar Allen Poe. Starring Brigette Bardot and Alain Delon, Spirits of the Dead is an omnibus film – a movie split into three parts, telling three different stories. Part two, “William Wilson,” tells us about a dishonest gambler (played by Delon) who is pursued by his horrifying double after allegedly cheating at cards. Louis Malle, a famous French director, directed the “William Wilson” segment, but Frederico Fellini’s third section received the most critical acclaim.

The Leprechaun series is a popular collection of horror movies that star Warwick Davis as the Leprechaun. A frightening goblin with roots in Irish folk stories, Davis’s eccentric performance makes this franchise for many fans. Leprechaun 3 is where it really gets interesting for us because it is set in and around the casinos of Las Vegas. Similar to the first two horror movies, Leprechaun 3 sees the titular Leprechaun on the trail of his magic coins as they inadvertently get placed in the pot at one of the casinos. Although a critical flop, this horror movie series has certainly earned its place on this list because of its loyal fandom. 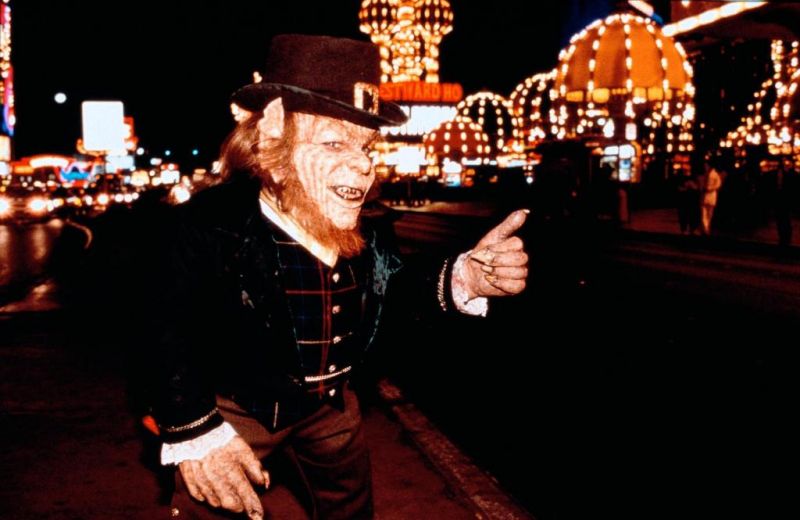 Zombie horror is one of the most beloved sub-genres in cinema, and Steve Niles’ Remains is no exception. Based on Steve Niles’ graphic novel of the same name, this zombie movie is set in a nightmarish post-apocalyptic world, shattered by the aftermath of a nuclear explosion. Coincidentally, for the purposes of this list, Steve Niles’ Remains is also set in Reno, Nevada, and its characters are the surviving staff of a local casino. Slick horror thrills and non-stop action make this film popular with fans of both comic and horror movies.

13 Tzameti is a critically acclaimed French-Georgian film from 2005 directed by Georgian filmmaker, Gela Babluani. The plot revolves around Sebastian, a poor laborer who gets entangled with an illegal gambling syndicate. Sebastian is forced to play the ultimate game of chance – Russian Roulette. Relentless tension and suspense keep viewers on the edge of their seats, and the film received the World Cinema Jury award from 2006’s Sundance Film Festival. With an impressive 84% on Rotten Tomatoes, 13 Tzameti is one of the horror movies to keep in mind if you love stylishly directed terror.

Not one of the most popular horror movies of recent decades, 2007’s The Haunted Casino certainly sticks with the gambling theme. After inheriting a rundown casino from a late relative, protagonist Matthew Dragna soon discovers the chilling secrets that lurk inside when he stays in the building overnight. Diehard horror fans will recognize icons of horror Sid Haig and Michael Berryman starring in this gambling heavy fright fest. Despite the special effects, famous horror stars, and action-packed plot, however, reception to this horror flick was tepid. The working title was Dead Man’s Hand – poker terminology for a poor or unfortunate hand. Unfortunately for the film’s director, Charles Band, it is one of these horror movies that just doesn’t live up to its potential. 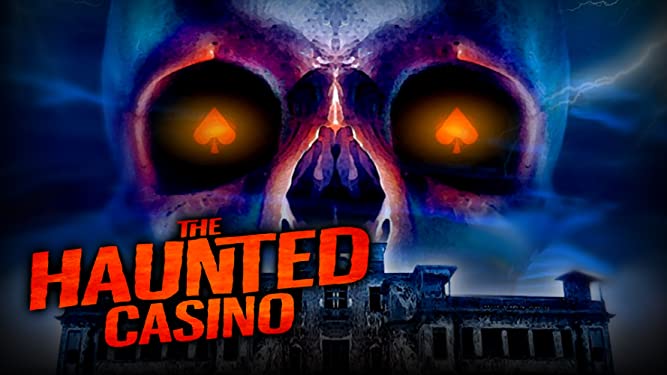 Fright Night is another horror picture that uses Las Vegas as its setting. Unlike Leprechaun 3 or Steve Niles’ Remains, Vegas takes a back seat as the setting in this vampire movie. Fright Night is also one of the only films on the list to have been given a revamp. Originally released in 1985, Fright Night tells the tale of a teenage boy who discovers that his next-door neighbor is a vampire. As this murderous bloodsucker rampages through the town, the hero teams up with a legendary vampire killer – think Van Helsing – to send him back to the grave for good. Keeping with the theme of classic horror, director Tom Holland named his main character Peter Vincent. The name is a mash-up of cult horror classic stars Vincent Price and Peter Cushing, who made their names in the brilliant hammer horror flicks.

The 2011 remake stars David Tennant as a flamboyant Vegas stage magician, setting up for some great Vegas-themed supernatural scares. Colin Farrell and Anton Yelchin also flesh out this star-studded cast. Buffy the Vampire Slayer’s writer, Marti Noxon, rewrote the script, and original director Tom Holland even gave the remake his seal of approval.

It’s certainly true that gambling is perfect, if underused, tropes in horror movies. High stakes, risky odds, and delusion and deception make for great gambling storylines that can easily be transferred to horror. We hope you’ve enjoyed our rundown of the top horror films with gambling in their stories. Consider one of these titles next time you host a scary movie night!

Final Call: Do you love scary movies? Are you a classic horror movie fan, or do you love a modern gorefest? What’s your favorite one from this list? Let us know in the comments!

4 Factors for Making a Self-Sustaining Home