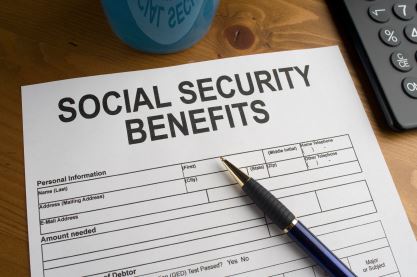 If a person is still able to perform light work, Social Security benefits may be denied. This is often the case if someone is able to take another position within the company he or she works for that does not involve a lot of physically or mentally demanding labor.

Condition Not Listed in Listing of Impairments

The Social Security Administration has a Listing of Impairments that specifies which types of disabilities are eligible for benefits. Common injuries that relate to the musculoskeletal and respiratory systems are listed. The list also features conditions related to mental and neurological health. If a person’s impairments do not fall under any of the specific categories, benefits could still be approved but are often more difficult to obtain.

Exaggerating or Understating the Disability

Every time a claim is submitted to the Social Security Administration, a case worker looks over every detail carefully and compares the applicant’s disability explanation with his or her doctor’s reports. If it is believed that the condition is being exaggerated, the claim is usually denied. A claim may also be denied if the explanation of the condition was understated and the administration believes that the applicant can still perform some work.

Waiting Too long to File a Claim

It is best to file a claim sooner rather than later so that it will be taken more seriously by the Social Security Administration. The administration only looks at the most recent medical records when deciding on whether or not to pay out benefits, and there is likely to be more detailed information on these records if they are submitted shortly after the disability has occurred. Back pay and compensable medical care will also be harder to obtain the longer a person waits to file a claim. According to Chewning Legal, a group of Green Bay SSDI lawyers, an attorney can provide more information on the best times to submit claims.

Earning Too Much Income

If a person’s income is too high, his or her claim could be denied. Someone claiming disability is still allowed to generate a small income, but the income amount cannot exceed $1,330 per month as of 2016.

There are many reasons why a person could be denied Social Security disability benefits, and it is important to know all of the requirements before filing a claim. Understanding the reasons why a claim may be denied in advance can save a person a lot of time and grief.

What Compensation Can You Receive For Laser Treatment Burns and Injuries? Your Important Guide