Typically, when we think of trends, we think of it as it relates to things like fashion or electronics. But the reality is that just about everything has trends in the sense of a set of general directions that it tends to take; this would include the college admissions process.

If you are planning to enroll in a college or university this year and you’re curious to know about what some of its biggest trends are, we have provided you with a list of five of the more prevalent ones below: 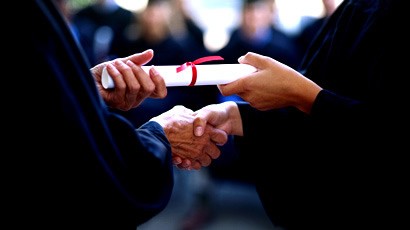 Although we’re not yet at a point where college applications have a section on them that asks for your Facebook or Twitter account, it’s still a good idea to remain conscious of what’s on your social media pages. Just like employees tend to do, there are a lot of schools that will peruse their prospective students’ accounts to see if there are inappropriate pictures or questionable content that is posted. So, if you have either one, remove them before you start applying to schools.

With student loan debt sitting at $1 trillion and the price of tuition still on the rise, no longer is community college only for students who need an alternative to raise their G.P.A. before applying to a four-year institution. Now community colleges are seen as a way to get a quality associate’s degree, save some money and then transfer to another school. This is proof that community colleges do not come with the stigma that they once did. They’re actually a really smart approach to getting a college education.

Student Ranking Not Mattering As Much

It wasn’t too long ago that if you graduated first or even fifth in your class, that caught the attention of various admissions departments. But being that there are several different factors that determine a student’s rank, that’s not really a determining factor anymore. So, whether you graduated 10th or 50th in your class, you still have a really good chance at being accepted.

Say that you went to http://www.healthinformatics.uic.edu and after doing some research on the University of Illinois at Chicago, you’ve decided that’s where you want to go to school. Well, something that you may need to prepare yourself for is being placed on a really long waiting list. That’s because over the past couple of years, there has been a spike in college admissions. Our recommendation? Put in an application to that school, but also to several others. You might have to go to one of the other ones and then transfer to your first choice later.

Although a recent study indicates that 32 percent of Americans do not believe that you can get a quality education online, there are still a lot of benefits that come with choosing this option. The flexible schedule makes it more convenient, it’s oftentimes cheaper and contrary to that 32 percent, online degrees are treated with just as much respect as if you took the conventional approach to education. So, if going to school online is something you feel would be best for you, don’t second-guess your decision. It’s something that many people are doing and having absolutely no regrets about.

What HR Should Know About Branding in China