The summer has just begun. A wonderful time of long awaited holidays! Perhaps, exactly this summer is your ideal chance to turn the cherished dream into reality.

Visit Italy – the country with a special temperament! It conceals in itself a lot of amazing places and it’s almost impossible to choose something one. Here every city is full of elegance and romance, love and mystery!

In this article, you’ll get acquainted with Florence being considered one of the most popular and beautiful Italian cities.

Enjoy a Special Atmosphere of Inspiration and Romance in Florence

Once Florence was the second most important city after Rome. After all, Florence was founded by Julius Caesar himself in 59 BC. However, Florence reached its prosperity in the 14-16th centuries, when it became a financial and cultural center of Europe.

Even nowadays, the city is famous throughout the world due to the large number of architectural landmarks and masterpieces of art. But tourists love the city first of all due to its special atmosphere. 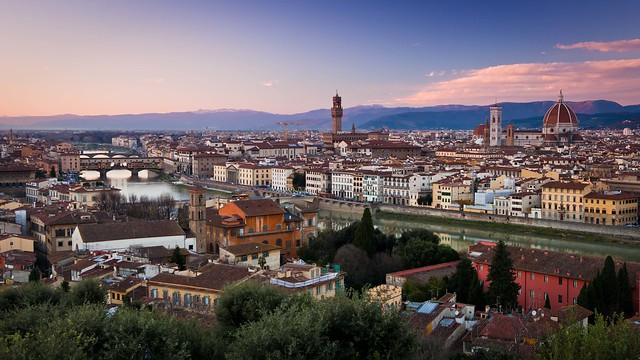 Unfortunately, it’s hard to convey in words all those feelings of happiness and joy that don’t leave each city guest even for a minute! It’s impossible to describe the atmosphere of Florence as it’s impossible to give a clear definition of inspiration. In this city with so many fantastic masterpieces of art you always want to create something new, to design your own artwork.

Someone might think there are too much flattering words in Florence description and the city’s fame is very exaggerated. But only people never been to Florence might think in such way. Not without a reason there is a saying: you can visit eternal Rome, romantic Venice and a brilliant Milan, but if you haven’t seen Florence, you know absolutely nothing about Italy!

Being better known as Duomo, the Santa Maria del Fiore Cathedral was built during the period from 1296 to 1436 on the site on of the ancient church of Santa Reparata.

According to the plan, the Duomo had to be larger than cathedrals in Siena and Pisa and must have enough space to fit all population of Florence (in those times, about 90 thousand people lived in the city).

Nowadays, the Duomo still remains the fourth largest church in the world! 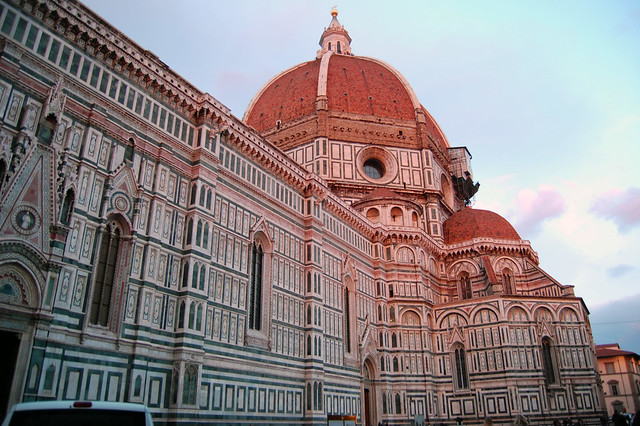 The cathedral’s dome designed by a renowned Italian architect Filippo Brunelleschi deserves a special mention. Until recently, it was considered the world’s largest dome!

It’s 42 meters high, has a weight of 40 thousand tons and it’s made of more than 4 million bricks! Inside the dome is even more beautiful! It is decorated with paintings of the Last Judgment by Giorgio Vasari and Federico Zuccari. In order to get on the dome, you’ll need to overcome 463 steps, but breathtaking views opening from the top worth your every step!

Another unique feature of the Santa Maria del Fiore Cathedral is its interesting blooming appearance thanks to using multicolored marble. The facade is covered with the green, red and white marble symbolizing hope, love and faith respectively.

Under the roof of Uffizi Gallery, the world’s most outstanding collection of European paintings is stored. Here you’ll see works of Leonardo da Vinci, Giotto di Bondone, you’ll be amazed by masterpieces of Titian and Raphael, get acquainted with the collection of early Flemish paintings and will have a unique chance to admire Spring and Birth of Venus by Sandro Botticelli. It’s not surprising there are thousands tourists willing to visit the gallery! So it won’t be superfluous to book tickets in advance.

When wandering through the Uffizi gallery, you should pay attention to painting the Baptism of Christ by Andrea dl Verrocchio. In the left part of the painting, you’ll see fair-haired angel written by Verrocchio’s student Leonardo da Vinci. There is a belief, that Verrocchio was so impressed by the skills of his student Leonardo that he never took the brush in his hands anymore!

Another great place to see famous artworks of Renaissance is Florecne Academy of Art. It’s first of all famous as the place, where the sculpture David – the most magnificent creation of Michelangelo is located. The four-meter marble athlete amazes imagination.

The sculpture was finished in 1504, after the master spent 2 years on its creation. First it was installed at the entrance to Palazzo Vecchio, but in 1873, it was decided to carry David to the Gallery in order to protect the statue from the harmful effects of the environment outside.

Other famous artworks you can see in the Gallery are the Prisoners by Michelangelo and the Rape of the Sabine Women by Giambologna.

Take a Stroll on the Ponte Vecchio

The Ponte Vecchio or the Old Bridge in English is the oldest bridge over the river Arno. It even remembers the marches of Roman legionnaires. In fact, the bridge you see today is the second reincarnation of the original Ponte Vecchio made of wood that didn’t survived the flood in 1333. 12 years later it was restored, but builders used stronger and more durable material – stone.

The Ponte Vecchio was the only bridge survived the World War Two. While retreating from Florence in 1944, German troops blew up all the bridges over Arno, but Hitler personally ordered not to touch the Ponte Vecchio. 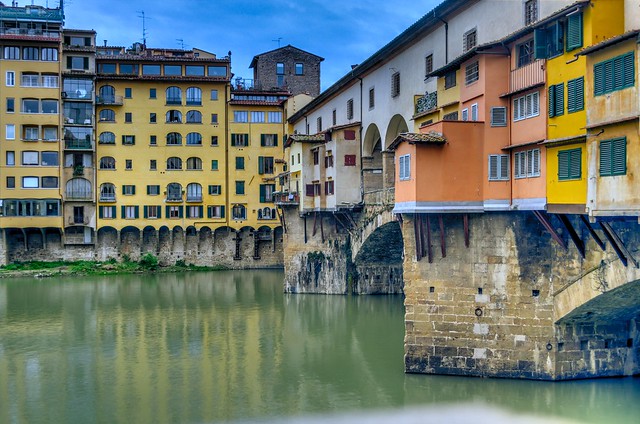 Nowadays, there are the city’s most prestigious jewelry stores are located on the Ponte Vecchio. In the whole world, there are only a few bridges with the houses on top that have survived to our dates. So it would be unforgivable to visit Florence, but don’t take a walk on its oldest bridge.

Remember that vacation even such beautiful place as Florence might be spoiled by all kinds of everyday challenges such as fatigue, hot weather and the need to use uncomfortable public transport. Make your preparation to the holiday in advance to experience only pleasant emotions. Think about renting a car – it allows moving freely throughout the whole city!

Author Bio: Lily Berns is a travel enthusiast and writer, contributing to blogs and publications around the world. She recommends using RentalCars24h, which helps to compare all major car rental companies in the whole world to give you the best car rental deal.

Miracles in Having a Fun Traveling