The way games have evolved in the recent years is quite spectacular as everyone can remember the totally unprofessional way they used to look at the end of the last century. However, the industry of online games is a really hit and every developer of such games is looking for the next big hit. But constructing a game that is of international success seems to be quite difficult. Finding what people want from an online game is the first step that will guarantee a huge acknowledgment in the gaming area. 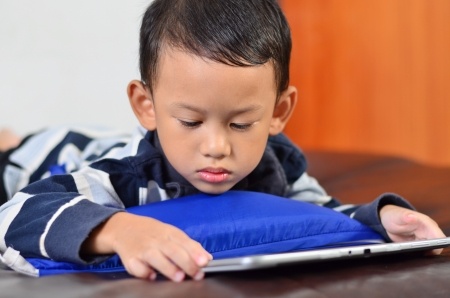 It is clear that today we live in a 2D era of gaming. Most games can be seen as a regular format and do not have much interactional features in terms of real life circumstances. As the games are played online by multiple players at once, the resources consumed are really high. Offering such a game on a semi-free regime makes it increase the costs. Therefore, the 2D games seem to be more convenient in terms of accessibility. Currently many online gamers are not prepared to invest in sophisticated gadgets to play their favorite games. They are content with a simple Flash interface or they want more portability. This means that the game developers need to take into consideration the new tablet generation that has become quite popular recently. The games are played online, but need to be versatile enough to run on mobile platforms.

As the cinema business has known a huge success with the introduction of the 3D concept in movies, it seems that the games are heading in the same direction. Momentarily the 3D effect can be obtained with the help of various gadgets and techniques. It is not easy to have access to this type of technology as you have to get the needed glasses and the movies have to be in the desired format. This means that a vast majority of people are restricted from enjoying the 3D effects of movies. Even 3D TVs are actually rather expensive for many people to afford. So if the online gaming world wants to proceed to the next step, it has to find a viable and cheap way of offering 3D experiences to most users. This is quite difficult because the technology is not that advanced but there is hope that things will improve in the future. The realistic 3D effects that can be perceived without the aid of some glasses or equipment should be the main concern of the developers of innovative technology.

It is certain that online gaming will change in the future years. Most predictions show that it will be a 3D world and this means that the technology will be developed in this circumstance. The future cannot be totally known as in the last years things have evolved considerably. But you can only guess what the developers will have in store for the gamers. The 3D technology might actually be the next big thing that revolutionizes the way people play online.

MIchael is Networking Technician who loves to write on Latest in Gaming Technology. In his Free Time he loves to play online games at Playfreeonlinegames.tv

How to Protect Your iPhone with Hotspot Shield VPN.

Pros and Cons Of A Virtual Private Network