The problem of a slow computer is so common that most people assume that it is impossible to solve and is just a natural part of an old PC. However, the truth is that the PC does not become slow due to aging parts, but rather the causes can be easily remedied. 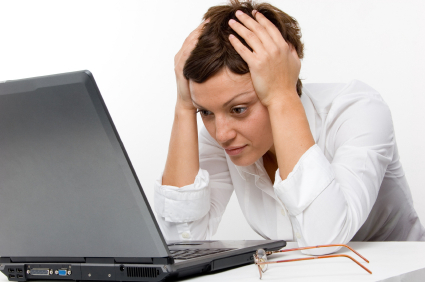 You may find the programs taking longer for opening and respond slowly. If there are many applications running, it also causes crashes. The reasons for this are that over a period of time, many files in a program start moving apart and spread all over the hard drive, thereby slowing down the computer.

When the hard drive gets corrupted, it can prevent the files from being opened and even saved. This leads to slowing down of the PC’s response and the crash of the operating system. Hard drive problems must be detected and repaired in order to protect your data.

Spyware can embed themselves into the software in several ways. These usually enter the system through email, especially the ones that are forwarded to multiple recipients. You may know the person who has sent it to you, but not the other recipients.  Spyware can also enter the system through free downloads and through free scans or from the websites that you visit, while downloading music and so on.

You need to keep up to date with software updates, firmware updates and driver updates, as older versions can reduce the performance of the system and make it slow. Many updates are regularly released and you must use to boost your system’s performance. The hardware and software of the system must have the latest updates or versions; otherwise it could lead to a slow computer.

Whenever you install any software, operating system memory, etc. you should be aware that there is a minimum system requirement specified by the manufacturer. If your PC does not have the minimum system requirements, the software that you have installed could be the culprit for slowing down your computer. If it is hardware, such as a printer or a scanner, uninstall the device and then check out the speed of the computer.

It is not enough to have an antivirus software for your computer, but more important to install the right type of antivirus. The program running on your PC should be a trustworthy one and an updated version. If such an authentic program says that your PC is uninfected, you can be sure. There are some antivirus programs that are very slow and they can be the reasons for slowing down your computer.

If your RAM is running up more near its limit, you probably need to upgrade the RAM, especially if you have just 1GB or even less in the PC.  You can check the Activity Monitor to find out how much you are using. If you do a lot of image editing and video editing, it would be a good idea to upgrade to 2GB or even 4GB.

Sometimes, a reinstallation of the OS can help speed up your PC. A clean installation can help the PC run better and faster, as the new installation is minus all the other tweaks and apps and plugins that you had installed earlier. Try to keep the programs you use to the minimum and be alert to the programs running in the background.

Windows updates itself on a regular basis to add new features and to plug in the security holes. This leaves behind a big mess on the disk; such as uninstall points that enable us to go back to the previous version of Windows. They occupy huge gigabytes and are useless information that will make the PC run out of hard disk space.

There are several reasons why your computer could be running slow and if this is not attended to, it could cause a crash. The slowdown of the computer is a gradual process caused due to several factors, ranging from a corrupt hard drive, so many software program installed, large size of disk occupied to a spyware program in the background and so on. It is not necessary that an old computer must be a slow one. A bit of maintenance and tweaking should solve the problem.

Author Divya is a tech blogger. She has contributed articles on similar topics to various tech sites and article sites.

How To Choose The Best Cordless Tools For DIY Projects

Knowledge Of The Experts In Marketing Is Different From Normal People