Everyone is obsessed by the natural wonders of the world and they’ll travel around the planet to see them, but Australia has enough natural wonders to make up its own list. Some things you’ll see there won’t exist anywhere else on earth. Take a look at some of the attractions you must eventually experience.

As soon as you set foot on Fraser Island you’ll officially be standing on the biggest sand island in the world, but that isn’t the only wonderful thing about it. You can drive around the outer edges in a 4WD, but inside the middle of the island you’ll find fresh water lakes, natural sandblows, and animals like the dingo.

The Three Sisters get there name because of the trio of rock formations sitting bedside each other in the Blue Mountains. The beginning of the mountain range lies a little outside Sydney, so when anyone visits New South Wales and has the urge to hike the most beautiful trails in the region they’ll pack their bags and head towards The Three Sisters. 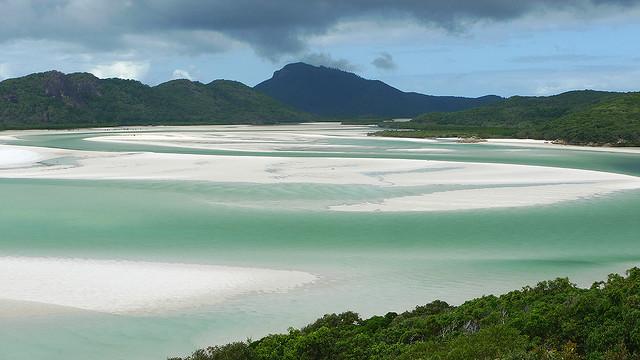 The Whitsundays should really be called The Whitmondays, because Captain Cook messed up and named the collection of tropical islands before realizing he had crossed the international dateline. There is a huge industry built around the ocean throughout the 74 islands, as it offers wonderful diving and snorkeling sites. You can even go out whale watching and you’ll be likely to see them.

If you want to visit one of the oldest living life forms in the entire world, Shark Bay is the place you’ll find them. They look like domes and were formed by microbes before humans walked the planet. The name doesn’t do the place justice, because instead of being a body of water filled with sharks it’s actually a World Heritage Site covering a whopping 5.5 million acres. 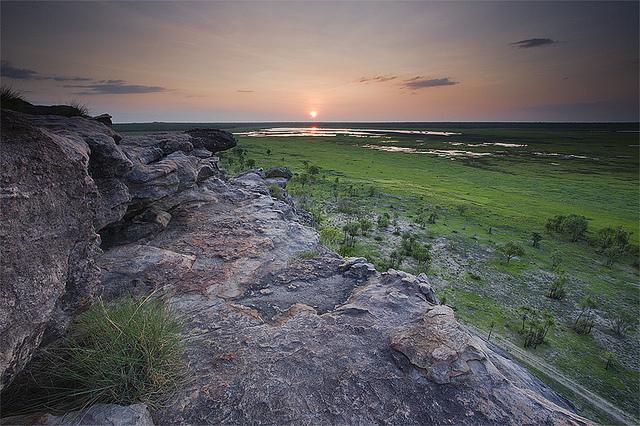 Australia has lots of awesome national parks, but Kakadu National Park sits up in the Northern Territory with an eye-watering 7,400 square miles of pure beauty. The indigenous creatures might include kangaroos, bandicoots, and flying foxes, but you have to be very careful when exploring the region as it’s also home to 2 different species of dangerous crocodiles.

If you’re in Queensland and you keep heading as far north as possible, you’ll eventually stumble into Daintree Rainforest. It’s the largest continuous rainforest in the country, and if you get lost you’ll never get out as it’s 2600 square kilometers of dense forest. It’s home to lots of endangered species, including the Bennett’s tree kangaroo.

Although you might think they’re waterfalls because of the name, the Horizontal Falls are actually very fast tidal flow passing through two gorges in close proximity to each other. The direction of the flow swaps around depending on the tide, and the Kimberly attraction is the only place in the world where you’ll find anything like it. 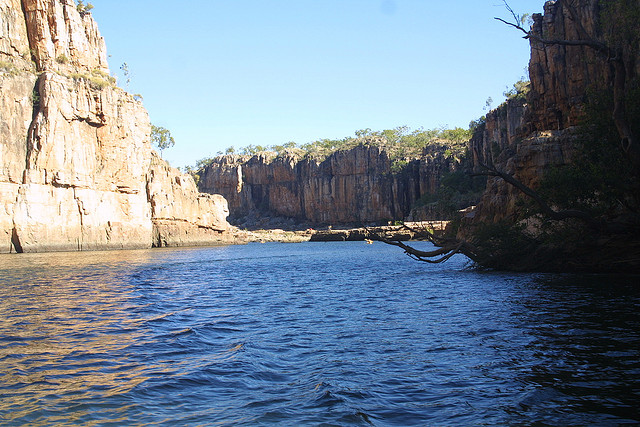 Another stunning attraction on the west coast is the Katherine Gorge, which is the collectible name of 13 independent gorges next to each other. You’ll be able to explore them inside the Nitmiluk National Park, and with lots of falls and rapids over 23 million years old it’s something you don’t want to miss.

The Great Barrier Reef is one of the most breathtaking things you’ll ever see, but one area everyone seems to love is Hardy Reef. It’s where you’ll find Heart Reef, a unique reef shaped exactly like a heart. The underwater scenery around the reef is perfect for scuba diving and snorkeling, but to get the best view of the reef you should do so from the air.

The weirdest thing about Wolfe Creek Crater isn’t its vast size, which measures 853 metres wide by 61 metres deep, but it’s the fact they’ve found meteoric rock there. They think it smashed into the earth over 2 million years ago, and it’s still one of the biggest on the planet. You’ll be able to view the crater from the rim if you’re brave enough.

In all honesty, you could keep writing about natural wonders in Australia for a very long time. There are so many of them and they’re hugely popular, but if you ever find yourself travelling Down Under you already have 10 to get you started.

Via Ferratas: Things To Do In Fort William

Escape To The Hunter Valley