One of the most fascinating things about watching science fiction movies is the way in which they attempt to predict the future. This of course begs many people to ask the question ‘what will our future really be like’. Perhaps the thing that most people seem to want the most is a good old robot servant. 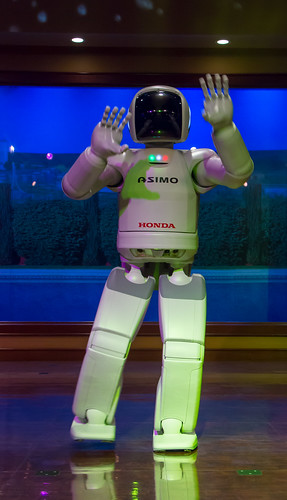 After all, who wouldn’t want a virtual machine catering to their every whim? So are we ever going to get these robot servants that we were promised by science fiction, or is this going to be another thing, like time travel, which is simply never going to happen? Let’s take a little look shall we?

As I am sure you aware, robot technology is advancing rapidly every single day. There are thousands of people around the globe right now trying to come up with the perfect design for a robot.

What is possible today wasn’t possible ten years ago. Generally speaking, we have robots that are able to accomplish almost any task that we throw at them. Of course, they don’t complete these tasks intelligently. Instead, we need to program them to complete a specific task, and they can only do that one. If you want them to do something else, you need to change their design. This can be quite a hassle.

In the past year or so, a team at Cornell University have created a robot which is slightly more intelligent than some of the other robots out there. Yes, it still does need to be programmed to do specific tasks, however, one of the key things about this robot is that it is able to anticipate what the needs of a person are and then cater for them.

It does this by consulting a number of ‘videos’ which highlight video actions in its virtual brain. It can then associate these actions with what a person wants. At the moment what it can recognise and do is fairly basic, but it does give you a general idea on which direction this particular technology is heading.

The major problem that robotics engineers are currently facing is giving the robots the ability to actually think for themselves. This is a huge problem as they are essentially like a computer. If you want them to do something, they need to be told what to do and how to do it.

This is going to cause a problem in the future if we want those ‘true’ robot servants that we were promised in science fiction i.e. those ones that do whatever we want, whenever we want and seemingly have a personality to boot. It is likely that robotics engineers will overcome this problem in the future, but I don’t anticipate it happening for a long while yet. Although you can get very simple robots such as automated vacuum cleaners, it is unlikely that we are going to see true robotic servants like science fiction promised us in our lifetime. We will come close, but won’t be quite there.

Michael Anderson is a home handyman and blogger who wrote this on behalf of Totally Home Improvement, a website full of ideas, tips, and DIY projects you can put to use around the home.

The Best Information For CRM Solution