As you know, deserts occupy a third of the entire land area on our planet. Therefore, the question concerning cars which are the most suitable for movement in this inhospitable landscape is very relevant today. Films on the post-apocalyptic topic abound in incredible desert transport. This is just a movie, but what about the real desert and real models of serial cars?

The following vehicles are able to cross the desert retaining their original characteristics. If necessary, some of these amazing cars are available at Rental24H.com, so you can pick them up exactly where you need and at any time.

This car has a fairly good experimental base. The concept has undergone numerous tests in various conditions and landscapes, including the Sahara Desert. Mercedes G-Class is one of the favorites of different armies of the world – the car was successfully used for military purposes in 63 countries, and as a result, the company entered into an agreement with NATO, which states that the model is planned to be produced until 2025.

Mercedes G is good for its maneuverability and reliability, thanks to which in 1983 it became the winner of the Paris-Dakar rally. The modern Mercedes G-Class is equipped with a six-liter turbocharged power unit that provides 612 hps and 999 Nm of torque. Anyway, the model has been around for more than thirty years, and its qualities are ideal for those who want to conquer the desert on four wheels. 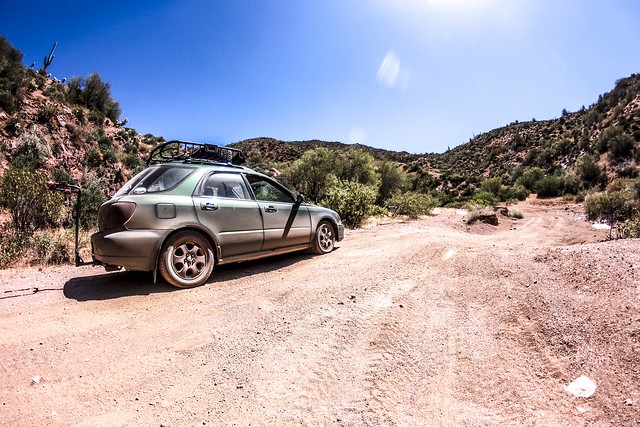 Introduced in 1997, this model caused more associations with estate than with off-road vehicles. However, over the years it turned out that the Subaru Forester is a reliable car from which you can expect a lot.

This car is a cross between a spacious station wagon and a small SUV. Full drive is successfully combined with a harmonious appearance: a comfortable interior, high seating position and excellent handling – these are the main features of the Subaru Forester.

When driving on deserted off-road a system of automatic redistribution of torque provides confidence to the driver: if the front wheels have lost grip, torque will be automatically transmitted to the rear axle.

The entire series of Toyota Land Cruiser is a legend of off-road explorers. This car was created specifically to ensure that its passengers survive in the most difficult environmental conditions. Model tests were performed in the Namib Desert and on the Skeleton Coast in South Africa, each time confirming the success of the engineering and design solutions of the developers.

This car is characterized by smoothness and reliability – it’s able to compete with the harsh desert conditions. Adaptive AVS suspension provides flawless grip. Toyota Land Cruiser Prado can be equipped with the following engines to choose from: 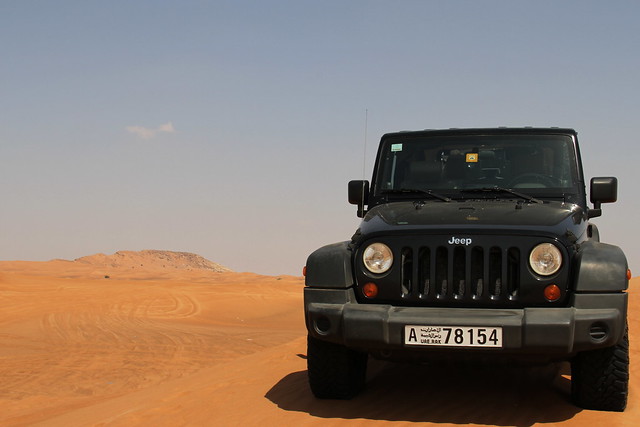 Jeep Wrangler is a car that was developed for the American army and which became literally a cult. The best model in this series is Rubicon Unlimited, which have an extended wheelbase. This fact helps the car to easily cope with all unexpected surprises and the harsh climate of the desert.

Designers deliberately brought the car to the level of indispensable transport for traveling in stony and sandy deserts. Rubicon Unlimited is equipped with spar frame, anti-roll bar, five-link suspension and one-piece rear axle. 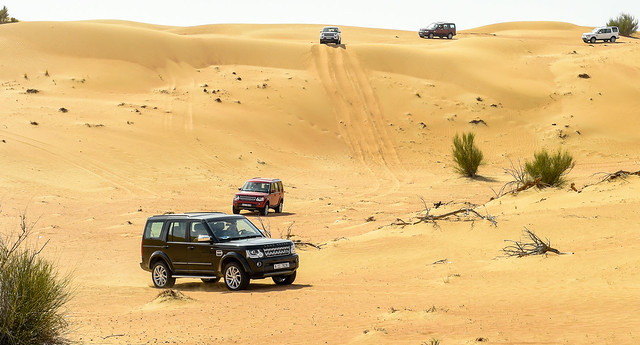 The model is a four-wheel drive vehicle on a frame basis with the engine located in front. The car is available in three basic versions, with a wheelbase of 130, 110 and 90 inches.

For its entire history, Land Rover Defender was produced in the form of a pickup and station wagon, both bodies – in the three-door and five-door versions. All models are equipped with permanent all-wheel drive and spring suspension. Not long ago, Land Rover announced the restyling of its legendary model. The new generation of Land Rover Defender will be presented in the autumn of 2019.

The designers paid great attention to the process of testing their offspring. The final tests were carried out in the most difficult conditions: in testing mode, the car traveled 1.2 million kilometers around the Earth, including the Polar Circle with air temperatures down to -40°C, the highlands of Colorado, and the desert in Kenya with air temperatures up to +50°C. The new Defender will be equipped with a diesel or a petrol turbocharged 2-liter engine. 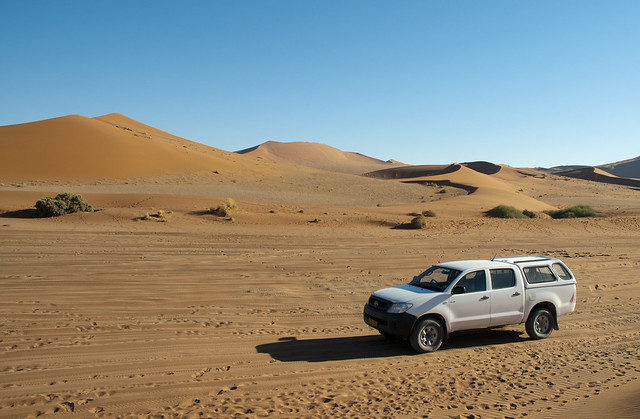 According to statistics from automotive experts and car owners, Toyota pickups are among the most reliable all-wheel drive cars in the world. The motto of their creators is ‘simplicity and functionality’.

4-cylinder 20R power unit opened before this car any off-road paths, including deserts. Among the shortcomings of the model are excessively sensitive brakes. Also, the owners of the model note that the all-wheel drive doesn’t have an automatic mode of operation. You can turn it on when driving up to 80 km/h, but this is impossible if you get into the slip mode.

Thus, on slippery road, which alternates with non-slippery, four-wheel drive will not help – you cannot switch it. However, such moments don’t usually happen in desert conditions.

The positive features of the car include excellent efficiency of the engine – from 8-12 liters/100km when driving with all-wheel drive on.

Winterized Life: 3 Ways To Beat The Snow With Tech