Second-hand smoke (SHS) – which comes off the burning end of a cigarette or is exhaled by someone who is smoking – is one of the most harmful indoor air pollutants. Also known as environmental smoke (ETS), SHS exposes employees, who spend a good part of their time at workplace, to carcinogenic substances. A polluted workplace environment can have lethal impact on people’s health. Hence employers across the sectors should uphold strong smoking prevention policies to minimize their staff’s exposure to ETS. The Indian government banned smoking in workplaces back in 2008.

According to the Global Adult Tobacco Survey (GATS), which was jointly conducted by researchers from the United Kingdom, the United States, and India between 2009 and 2010, people who work in smoke-free environments are more likely to take initiative to create smoke-free homes. To be precise, 64 percent of adults working in smoke-free offices had smoke-free homes against only 42 percent of people surveyed who were exposed to ETS at work. The study also found that urbanites are more conscious about creating smoke-free homes than their rural counterparts. 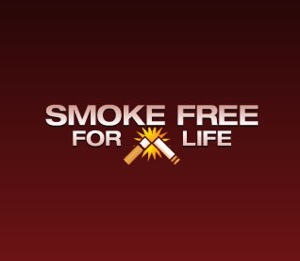 Tobacco Control Policy Is the Pillar of Any Workplace Wellness Initiative

Several international studies have proven that ETS kills an estimated 3,000 adult nonsmokers from lung cancer.  Office premises that allow smoking are some of the major sources of ETS. A recent US study showed that nonsmoking employees exposed to passive smoking at workplace have high levels of nicotine in their blood. On the contrary, levels of exposure to ETS are lowest in smoke-free workplaces.

With employees becoming more and more health conscious, and people becoming more aware of the health hazards relating to passive smoking, it has become important for the corporate decision makers to protect employees from on-job exposure to ETS. For business-owners, a team of healthy employees is the biggest asset. Non-smokers reportedly take fewer sick-leaves, and are less likely to retire at a young age because of poor health.

Anti-tobacco initiatives make profitable investment for corporate players. Companies spend a lot of time and money in training and skill building their workforce. Naturally, premature death and early retirement of such employees mean a massive financial setback for the companies, apart from the obvious emotional turmoil that such incidents create among colleagues. Investments in anti-tobacco initiatives help companies avoid these and build a robust and efficient workforce. Many international agencies such as Canadian Lung Association advocates for corporate smoking cessation support.  This charity organization pointed out that such initiatives prove particularly profitable when offered over five years or more.

Other Reasons to Create a Smoke-Free Work-zone

While smoking-related health hazards provide ample justification for employers to restrict smoking in office premises, there are other good reasons why corporate houses should consider taking up strong anti-tobacco measures:

Supporting tobacco cessation activities is a great way for companies to demonstrate their commitment to health and wellness of their employees. In the corporate sector, smoking prevention policies should be accompanied by rewards and incentives. This will provide employees with extra motivation. For the workplace decision makers, all it takes is sheer determination to translate a bold action plan into reality. Regardless of size, or industry type, companies should join hands in creating a smoke-free work environment to promote health and safety of all workers.

Know About The Most Updated Bariatric Treatments For Losing Weight