Falling in love is a magical experience that happens between two people. So why do people fall in love? we are attracted to people with similar characteristics to ours, we tend to choose the scent those who have a different immune system. And before a person is laid in another has already built a mind map, a complete mold of brain circuits that determine what will make you fall in love with one person and not another. Even influences blood type (A, B, AB, and O), and then the attraction is often the case with people of the same type.

In the first stage of love, infatuation, more involved the man’s eyes, the ears of women, and smell in both, especially pheromones, different animals secrete substances that produce changes in the opposite sex and have to do with attraction. When dancing a factory pheromone, which the stage of life in which they are both, you can make instant attraction (‘ love at first sight ‘) occurs. After orgasm, the limbic system of the brain releases the hormone oxytocin. According to the experts oxytocin helps forge permanent ties between lovers . The hormone works by changing the connections of billions of brain circuits . The substance strengthens the bond between a mother and her baby, and occurs both during childbirth and orgasm. Makes the partner feel more connected and closer emotionally. When this is combined with estrogens, female hormones, the woman feels affectionate and talkative . But when mixed with male hormones, testosterone, can cause him an uncontrollable urge to sleep . If you have enough relationships with the same person is very likely that this pump hormones make us lose the head by someone. 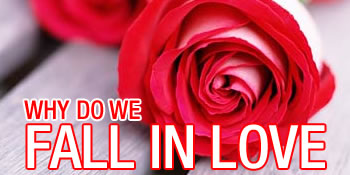 From biochemistry, infatuation is explained by the intervention of monoamines substances ” such as dopamine , a neurotransmitter and a hormone that is associated with pleasure and reward system in the brain, so when we feel very good secrete “. Studies with functional magnetic resonance imaging allow us to see that when a person sees the love of the beloved picture or hear your name and compares it to a neutral subject , you activate brain areas. This makes ” love it or ” acting strange lose the case , everything seems perfect, he disrupts sleep , and even late night does not feel unbalanced. You experience less pain. Attention is altered, forget everything , does not do what he was charged . In this process the substance nerve growth factor is added , and the neurotransmitter serotonin, which causes the person to have obsessive thoughts and behaviors on the other decreases.

The phenyl ethylamine (PEA), amphetamine secreted by the body, is one of the substances involved in the crush. This compound activates the secretion of dopamine, a neurotransmitter involved in sensations of desire and makes us repeat what gives us pleasure, and produces oxytocin which triggers sexual desire.

By flooding the brain of this substance , it responds by secreting dopamine, the neurotransmitter responsible for the enforcement mechanisms of the brain, the ability to desire something and to repeat a behavior that creates pleasure , norepinephrine and oxiticina further stimulate uterine contractions to birth and produce milk, is a chemical messenger of sexual desire and stimulates the neurotransmitters that cause infatuation . Such a mixture of compounds makes love to stay hours and nights making love in conversation, without fatigue, they are always excited, they need the other as a drug and its ability to judge is reduced to zero.

After one to three years , the couple begins to consolidate and brutal falls dopamine production , substances that speed , and couples go to the ‘ intellectual attraction ‘ . The one at the other much more than a person who gets physical , sensual and sexually and passes from the stage that said ” I wish ” that says ” I love you” . Receiving a hug, a handshake or a touch, the brain releases oxytocin , known as chemical hug. The free men and women by touching, hugging , and has a maximum increase in the moment of orgasm , when it reaches up to 400 % above the normal level and makes people adhere . Another substance is vasopressin or ‘ chemical monogamy ‘, which increases and makes the link to last for many years.

The Science behind Love

It is common knowledge that behind what we call “love” much more to romance and infatuation.

We’re talking about the biochemical effects that occur in our bodies when we started dating someone or started in that strange infatuation stage.

According to the scientists there are three key stages to reach the “together forever” and all of them involve a defined amount of known chemical effects.

This stage is obviously dominated by the sexual aspect and all that that entails. Testosterone and estrogens are the substances most involved at this stage.

Despite what you think daily, testosterone is not only part of the male impulse, but also plays a key role in sexual desire of women.

This step is very important in the way of “love.” People cannot stop thinking rather than their boyfriend or girlfriend. They may lose their appetite and even may need less sleep as they prefer to spend dreaming about the desired person.

At this stage involved a group of neurotransmitters called “monoamines” which take charge of the situation:

This step follows the attraction since no one can be “pull” all his life. Fixing proposes a stronger commitment and makes couples remain together and enter into married life and fatherhood.

It is clear that these chemical phenomena exist and are present, but I think it should be taking them into account in the scientific world and not the social.

Evidence that you are in Love

Ah ! Love … That inexplicable feeling able to move mountains , the universal language , that thing so unique that only some experience blissful state … A moment: unexplainable? Single ? ? Mmmm … Will you be as special as you think ? After several investigations have thoroughly studied the behavior and the various changes in the human brain during the period of time in which people say ” being in love ” .

So if you had any doubt about whether you were in love or not, in case you are a lonely and desperate reader looking for something that tells you that you do not have girlfriend (probably be one of these) or if you’re just curious, today I ‘m going to shed some light on this dark tunnel of questions that call love . Check out what these scientific proof that you’re in love .

Sex and love have nothing to do . Everything is perfect if the two are together and blah blah … But the truth is that the brain of a person who is looking for sex is really different from one in any other circumstances, the brain changes when you’re having an orgasm and brain also transformed when “you’re in love.” These were some of the issues that kept awake scientists for research and results , among many other things , indicated that the brain of a person who feels love is very different from a person who is merely experiencing a feeling lust as well as their behavior and many other aspects of an individual’s life . Moreover, all these features are present in this phase or time period in which the person feels ” love ” is a single, well- defined period. Some of these features, developed in those periods, which are discussed below.

When a person is in love thinks his beloved / or someone special and this feeling comes accompanied by an inability to look at others. As if it were an obsession, the person believes that love is so special that may not meet another one. This process can be seen in the brain and is explained by the increased amounts of dopamine produced during the stage. Dopamine is directly involved in the chemistry of the targeting process (which almost blinds us to other people) and attention.

During the period, the people also have a huge tendency to ignore the negative aspects (which are all alike) of “your special one” and accurate focusing solely on that person, focusing only on the positive aspects. On the other hand, it also feels a connection with certain objects that cause the memory of the person, may be trivial objects or situations as plausible that, for some reason, relate to that person. Similarly, this is directly related to high levels of dopamine, norepinephrine, and norepinephrine, chemical products secreted in the brain that are associated with increased working memory and attention, as well as the perception of new stimuli.

But you’re a Mess

Contrary to what is commonly believed about the many emotional benefits of being in love, that to feel appreciated by someone else and the high self-esteem, the situation is a mess that leads to physical, emotional and psychological instability. The changes occur at different levels and are presented in different ways: there may be too much joy, euphoria, insomnia, loss of appetite, anxiety and even panic at the thought of losing that person, among other things. Similar to what happens to a drug addict, a lover when you show pictures of the beloved (or drug addict images) person, it is possible to see how the brain receives heavy strikes of adrenaline and your body reacts after activation of certain parts of the brain, causing a strong desire in the case junkie translates into what is often called a relapse.

Exceeding a challenge or adversity in the relationship makes the couple feel even more confident that the above feelings reappear, now with greater intensity, and develop a greater attraction to the other person. Again, dopamine is again responsible for when such events occur and the challenge is exceeded, the levels of dopamine re-triggered almost instantaneously.

Obsession: The Disguise of a Compulsive Disorder

When someone falls in love often spend long periods of time thinking about the other person and in fact most of the day, more precisely, 85% of waking time, a lover he spends thinking about the other. This is due to a concomitant decrease in the levels of serotonin in the central part of the brain, a fact known as the “intrusive thoughts” and an issue in other words, is strongly related to obsessive-compulsive personality disorder, the which requires medical treatment.

As they arise all the changes that we have observed, the person begins to show different symptoms and signs of dependence, fear of loss and rejection, anxiety and a strong sense of ownership. A cerebral and psychological level, several changes are developed and the very way to appreciate the reality is transformed. The person often imagines his whole life with another person as a result of reliance, as if it were a drug.

An Uncontrollable and Inexplicable Feeling, No Science

most people who say they are in love say it is impossible to control what they feel and are sceptical that love and being in love can be described in words, much less with science. The studies were conducted with various people of different sexes, which claimed to be in love. In these changes in behavior and changes in physical, psychological, emotional and cerebral level was analyzed. These participants also claimed by 64% of both men and women, sex is not a key point in the relationship and it’s not all about this, stating that feelings are prevailing.

Very, very interesting, do not you think? What is your position? What role do you think science can play in love?

Stock Back Reels From Aspinline For Quality Products

5 Reasons To Choose A Destination Wedding

4 Hidden Fatal Risks In Our Home