When it comes to selecting a VPN network, the first and the most important thing that you need to do is to analyze for what purpose you are willing to buy a VPN service, so that you can analyze in a better way that which one of them is most suitable for your needs. 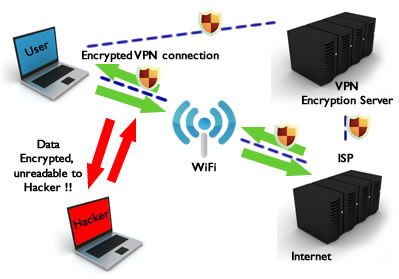 Browsing via Wi-Fi internet is really not safe, especially when you are doing that in a public place, as a good number of hackers are always on a look to find such people who are not using Wi-Fi VPN services, as it becomes easier for them to steal data of such people, hence it becomes important for you to use VPN services in order to protect your data and other confidential information from the hackers.

Following are some of the best Wi-Fi VPN protocols that you can go with:

Open Web:
If you are looking forward to access the restricted websites and the websites that are not available in your region than all you have to do is to go with Open Web protocol.

Open Web protocol is known to be one of the simplest and fastest VPN protocols that are perfect if you are only willing to use it for residential purposes.

Besides just web surfing, you will also be allowed to access all the video sites too without having any effect over the streaming time. Open Web works well with all the major browsers like Google Chrome, Safari, and Firefox etc.

Open web works similarly like Proxies, hence you don’t need to log in over any of the VPN servers in order to gain access, and you are allowed to switch to any other server immediately without any delays.

SSTP works well with Windows, Mac and Linux at the same time, besides that, it also supports a good number of P2P applications too! One of the best things about this type of Wi-Fi VPN protocol is that it bypasses firewalls and is way much user friendly, so you don’t need to worry about anything when you are browsing from Schools, Libraries, hotels etc. as you will be well protected in every possible way.

Open VPN:
Open VPN is known to be another standard of Wi-Fi VPN protocol in this industry, as it allows users to access the data in the best possible manner.

Open VPN is specifically designed for Windows, Linux and Mac OS X, however if you are willing to use this fastest and most secure Wi-Fi VPN service over your smart phones, iPhone or iPad too than you have to do jail breaking of your device, else it won’t work on any of your smart phones. Besides just being a standard VPN protocol, it also comes up with some extra added features including:
• Site and Application Filtering
• Port Forwarding
• Web Cache.

Author Bio:
The article is written by Intkhab Ahsan. She recommends Chinese VPN. He is a technology blogger whose articles appear on Tech, fashion and beauty blogs.

Making Your Business App: Tips To Avoid Getting Lost In The Crowd