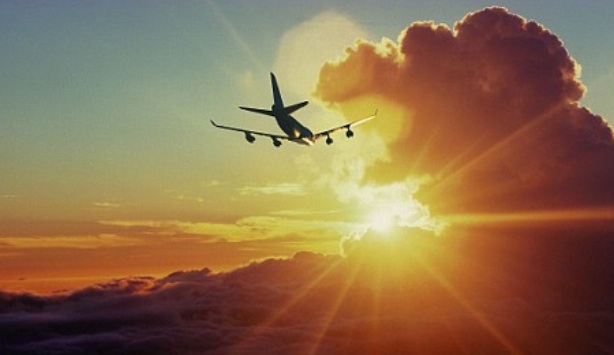 How To Lose Fat Without Any Hassles?

There might be more than a few negative connotations associated with British expatriates, but with the woeful summer season we’re currently suffering through, how can you blame anyone for considering heading somewhere warm and sunny on a more permanent basis? Which sun-kissed destination you end up calling your new home (whether it’s for a few months or the rest of your life) is of course a matter of personal preference, but wherever you decide to sow your wild oats, there are a number of important things you should consider before even thinking about leaving the UK behind.

Spain and France might be popular bets considering their close proximity, but the world is quite literally your oyster, so don’t just settle for the Costa del Sol or the south of France because it’s where you think you’re supposed to be. New Zealand, for example, is geographically similar enough to the UK to make it feel like home, but is also home to a thriving economy and offers some great visa options for young travellers. However, if you’re looking to plant roots over there, acquiring New Zealand Visas is a notoriously convoluted process, so you’ll definitely need the help of a specialist visa agency. Australia and North America might also take your fancy if you are looking to begin a fresh new chapter and start a bold new adventure and as with New Zealand, the fact the natives all speak English is a huge plus!

As with any major decision, if you want to be well informed you need to make sure you’ve done as much ground work as humanely possible, and that means research. The internet is of course a wealth of information, with the most helpful sites often being forums dedicated to moving abroad. You’ll want to spend a lot of time on these forums, introducing yourself to the most popular members and making sure you’re aware of all the good points and bad points. You might even end up making some new friends! There’s a great “Know Before You Go” section on the Gov.uk site, which is designed for vacationers, but includes most of the relevant information.

Trying Before you Buy

Whilst you’d think nobody would choose to move to a country they’ve never even visited, you’d be surprised how many people are glamoured enough by those BBC property shows that they decide to take the leap without even dipping their toes in the water first. This is a bad idea, as you could get there only to realise it’s a bad fit for you. So before you decide to move there, spend some time in your potential new country, absorbing the culture and the people and researching how much you’ll be able to get for your money property wise. You’ll also be able to familiarise yourself with the rules and regulations of the land, as well as the local currency and general way of life.

Though some expats will probably choose to sell up completely before moving many decide to keep their UK homes and rent them out as an extra source of income. Obviously this won’t be an option if you’re relying on proceeds from selling your home to make the move, but if not, it might be an option to seriously consider. A letting agent in the UK should be able to take care of the logistics for you for a fee of between 10% and 15%. There is also tax to take into consideration though, so make sure you let the HMRC know what’s going on. You could also consider getting a friend back home to help you with the process so you know it’s in good hands.

Moving is one of the most stressful things a person will ever do and whether you Move to New Zealand or New Hampshire, that stress is amplified significantly. A way to significantly cut down on the stress is to hire a storage unit where you can keep your items before they’re ready to be shipped. The best way to sort out storage is to make two lists; one of stuff you’ll need between now and the move and stuff you won’t. Put everything you won’t need into storage.

If you wish to take your pets with you, you’re going to want to start planning their relocation early. You’ll need to get your local vet to microchip your furry buddy and you will also need to get them immunised against rabies at least a month before you’re due to leave.

Once you’re over there, it’s important to settle not only into your new home, but into the area. Embrace the culture and make sure if you’re working over there that you give yourself at least a week off. Once you’re settled in, of course, you’ll no doubt start to feel like a local in no time!