There are many options when it comes to telephone connectivity. Factors such as the following can affect your choice of telephone services:

These are just some of the factors that will go into the choice of internet service. The one thing that you can explore with greater detail is a T1 phone line. 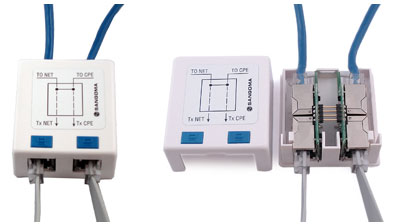 What is a T1 phone line?

A T1 phone line can be nothing but the fiber optic cable or copper cable that is found in quite a few places.

The difference between a T1 phone line and a traditional telephone line is the fact that the latter can carry significantly larger amounts of data.

The history of the T1 phone line begins with the invention of the same by AT&T Bell Labs.

More often than not, T1 phone lines are made of twisted copper.

A T1 phone line works by using digital signals rather than analog signals.

Digital signals are definitely more powerful and more capable of transmitting different kinds of data and also supporting a larger number of telephones on a single line.

Essentially, a voice call is broken up and converted into a digital signal from an analog signal.

These digital signals are easier to transmit across copper lines or fiber optic lines.

If you are using a T1 phone line only for making voice calls, you can enjoy benefits such as free local calls, free long distance calls and so on.

This makes a huge difference to the cost effectiveness that is delivered by a T1 line for a business organization.

Different from a traditional telephone line

One of the biggest points of difference between the conventional telephone line and a T1 telephone line is the capacity with which they can transfer data.

Conventional telephone lines can touch a maximum speed of 30 kilobits per second and they use something known as a dial-up modem.

A T1 phone like can go up to 1.544 megabits per second and is also around sixty times faster than a traditional modem and telephone connection.

Costs of a T1 phone line

Making a direct comparison between the conventional phone line and a T1 phone line will result in the fact that the latter is definitely more expensive.

But the one thing that is pushing down the prices all over the world is the fact that there is growing customer demand for the same.

In case an outright purchase of a T1 line is proving to be more expensive for business, the owner of the business always has the option of leasing a T1 phone line. Broadly speaking, T1 phone lines are more useful for a business organization in terms of costs.

But the best way to evaluate the cost of a T1 line is by looking at it in terms of the value it can deliver.

James is a writer and blogger with 5 years experience.

How Will You Choose a Baby Modelling Agency