Finding a reliable solar powered charger can be so frustrating at times, I would know. I had been looking for one for quite some time. I travel a lot and my work sometimes takes me to places where power is a problem. So you can see why I would need a solar powered charger.  So I just got the WakaWaka Power. I have to say, it’s more than I had expected.

The device is really efficient in more than one way. For one, it’s a charger and a lamp in one. That means I can charge my phone and still use it for light. I was lucky enough to find it when the weather was just perfect. It took me about 7-8 hours to fully charge the thing. Then I plugged in my smart phone and after 2 ½ hours, it was fully charged. This is very convenient for me because when I know that I am going away; I just leave the charger in the sun and go to run other errands. I come, back and charge my phone and am set. 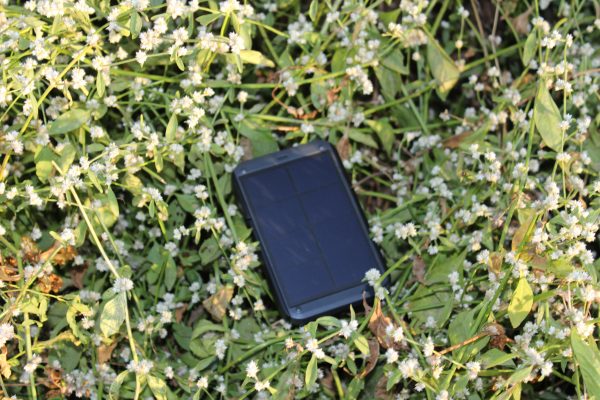 WakaWaka Power is pretty compact. In fact, it’s the size of most smart phones. I found this very convenient. It doesn’t eat up much space in my over night bag. There are two USB ports on the device on each of its sides. One of them is a micro USB. When the device is ‘closed’ the casing goes over the ports. This protects them from contaminants. That is one thing that a lot of people worry about; blockages in the ports.

When I am done charging my phone, the WakaWaka Power has enough power left to provide adequate lighting. You have no idea how convenient that is. When am in a place where there is no electricity, I just turn on my WakaWaka Power. I can even adjust the brightness according to need. The power is supposed to last about 80 hours but I’ve never had an instance where I used it all up. Maybe one of these days I’ll try it out and see. There is an energy saver in the device so that contributes too.

The WakaWaka Power comes with a plastic housing. When it comes to scratching, this is pretty handy. A rubber housing though would have been more convenient especially when the device drops. The solar panel on the device is pretty sufficient. You just need to place it in the sun and that’s it. One thing I noted though, the device can not charge my phone while charging itself simultaneously. If the charge is used up, the phone will stop charging and begin charging its battery. The charge mode then has to be activated again to charge a phone. I also noted that I can charge my phone and use the lamp at the same time.

Something I loved about the WakaWaka Power is the cause that comes with it. The ‘buy one give one campaign’ by WakaWaka is certainly one I was glad to contribute to. The campaign is aimed at providing light to the people of the Philippines that were affected by typhoon Haiyan. We all know how much power gets affected when natural disasters strike. This campaign will help the survivors get power again. WakaWaka has partnered with the IRC to help with the distribution. This will make it easier even for the relief works to provide relief efforts. I am glad to know that my WakaWaka Power was not just for me. The buy one give one campaign made sure that somebody else benefited when I got my solar powered charger.

Top-Tips For a Greener Office

Renewable Energy May Be The Answer