Rhodiola usually grows in cold climates. In each area, the uses of Rhodiola are different from the others. This may possibly be due the difference in the chemical composition of the plant found in each region. It has used as an adaptogen in many countries starting from Russia in 1969. Adaptogens are mainly herbal preparations which aim at increasing attention and reducing fatigue. It also helps to prevent and reduce stress induce disorders. It is also used as a supplement to psychiatric medicines. According to an european authority, it has been said to contribute towards mental and cognitive activity. 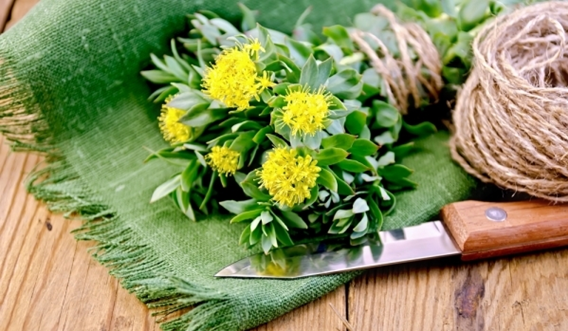 It is a part of traditional Chinese and Indian medicine too. One can use rhodiola supplements to fight fatigue too. In the recent past, Rhodiola has been used as a dietary supplement all across the world.

The shoots of the plant are used in salads in specific regions. Also an infusion of the flowers of Rhodiola is considered to have many benefits.

User Reviews for Effectiveness of Rhodiola for different Treatments

Fatigue: Most users are satisfied with the effectiveness and ease of use of this supplement. They experienced a marked difference in stress levels, performances and fatigue in general. The medicine is definitely effective but is not long lasting. Some users experience a sense of calm, feeling of peace without any pressure. The feeling of constant fatigue was removed and users felt fresh and rejuvenated after a few weeks of Rhodiola.

Depression: Users suffering from mild depression have found this supplement to be extremely useful and helpful. Although it doesn’t totally get rid of all the symptoms, it does help them get through each day. Better concentration and focus were the two benefits users described from this product. Users also noted that high doses made them totally unreactive hence they reduced doses according to what was advised by the doctor. This helps them in their overall performances in different areas of their life. It has helped user deal with anxiety, depression and low libido.

Anxiety: Rhodiola lifted the sense of doom that many users used to feel due to anxiety attacks. They were able to calm down and relax. This in turn helped in getting focussed and better concentration. Users were able to go about doing their jobs without that feeling of anxiety.

Sleep: Improved duration of sleep was one of the benefits observed in some user reviews. The quality of sleep without breaks in between was accomplished by some of the users of Rhodiola. Better sleep in turn gave better clarity and focus in the mornings. REM is very important for all since that’s the time when many of the important functions in the body take place.

Menopause related issues: Many women in their menopause find that Rhodiola in fact helps in menopausal fatigue and also reduces night sweats. They have not experienced any side effects even after two years of medication. It helps women feel energized again.

A combination of Rhodiola with moderate exercise has shown to work wonders in breaking down belly fat.

Difference Between Dental Crowns and Implants

5 Factors To Check Out A Chiropractor Chicago