2010 saw the Government open the floodgates of Indonesian and Chinese toilet paper, 20,000 tons to be exact. With less red tape and more labor violations, Asiatic toilet paper costs an average 45% less than national brands. Obviously, such mass importation threatens Australian toilet paper manufacturer’s place within the economy. That’s actually hard to do, as the paper industry boasts $3.5 billion+in equipment and $900 million+ in annual contribution to the national economy.

Most people are initially perplexed by such a policy. After all, the government is endangering a large national industry through a foreign option known for clear-cutting, child labor, and general indifference to endangered wild life. 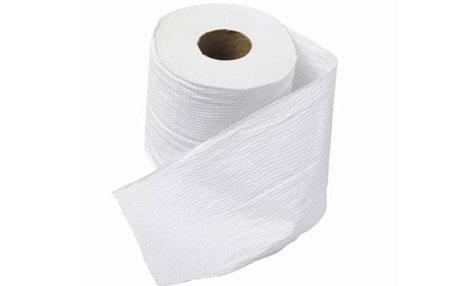 Knowing each industry’s comparative worth is absolutely for vital for weighing the next bit of information about one age-old issue: our environment

For all its natural splendor, Australia’s native habitats are going down under. A 2009 study found that agricultural expansion has changed or destroyed half of Australia’s woodlands while the remaining two thirds are hurt by logging. With 80 percent of Australia’s threatened species linked to loss of habitat, it’s little wonder deforestation and negligence are the prime causes for such issues.

Yep, agriculture alone has destroyed half of Australia’s woodlands and forests. Universal fascination with kangaroos and kolas has lead to international attention on environmental policies, not to mention national concern.

While a hot-button issue since the 80s, the internet has enabled far quicker and greater dispersal of information. Now more than ever, people are likely to know more about environmental issues and have an opinion. However, attention is likely focused on who’s downing the trees, not necessarily what the land will be used for.

Our politicians, policy makers, and lobbyists are well aware of logging’s reputation. They’re also well aware of environmentalist concerns and the net worth of national agriculture. While not necessarily a conspiracy to undermine the toilet paper industry, the larger message of importing paper goods seems a bid to emolliate conservationist fervor. Essentially, the paper and logging are a whipping boy to mask the environmental degradation caused by land clearance.

Meanwhile, such policies are beginning to show their effects on the toilet paper industry, both for good and ill. Loggers feel more pressured to pursue cheap means of processing wood even as paper manufacturers deal with popular demand to create recycled toilet paper. Labeling itself is tricky, with the logging-industry backed Australian Forestry Standard approving 80-90% of all “recycled” toilet paper while the Forest Stewardship council only approves 10%. More and more consumers are looking beyond price and quality when purchasing toilet paper, often cutting costs by visiting popular online retailers.

Select MPs and local governments obviously aren’t happy with current paper manufacturing and consumption, both at home and abroad. However, the overwhelming majority are much closer to agricultural interests than logging.  As it stands, the government has essentially declared that it’s fine with mass deforestation and extinction so long as they can’t be held accountable. Allowing the 20,000 ton dump of Indonesian and Chinese loo paper both bring a cheap product to consumers and negates national deforestation. Win-win,so long as you’ve a career in politics.

Sam Thompson lives in Sydney Australia. He is an editor for Toilet Paper Plus and spends his spare time surfing the beaches of the east coast of Australia. He hopes one day all companies will look after the environment.

Before You Forget: The Fundamentals In Filing A Personal Injury Claim

Reverse Phone Lookup – Is It A Necessary Evil?

How To Choose The Best Bread-Making Machine?