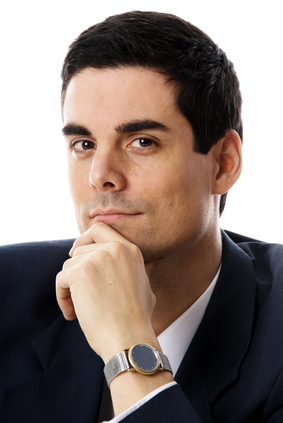 Walk down the shaving aisle of any store and it’s easy to spot the different sections for men and women; bright pinks and girly packaging give away the ladies’ options, while somber greys and blacks permeate the rugged men’s section of shaving accessories. Shopping for razors is typically simple. You buy the pink ones if you are a woman, or the black ones if you are a man. It gets a little more complicated if one gender’s razors are cheaper than the other’s…who wants to pay more for something that will just be used and thrown away after a few uses?

It can be tempting to buy whichever razor is cheapest, whether it’s for your gender or not, but is this really a good idea? Are men’s razors really all that different from women’s razors, or will either one do the job?

Besides the fact that most men wouldn’t be caught dead buying pink razors, there are a few other reasons why the feminine shavers aren’t ideal for manly beards. Women don’t have it any easier, although most women are happy to use a male razor if they are cheaper. The differences between the two styles of razor are real, and understanding them can help you get the best shave out of your disposable razors.

Angle of the Blade

Men’s razors are angled more sharply than women’s because they have to cut coarse beard hair, which is tougher to cut than women’s leg or underarm hair. The angle of the blade helps men cut the hair on their face while ideally avoiding the skin. Of course, this doesn’t always happen, but men are tough enough to handle a few nicks here and there.

Alternately, the blades of women’s razors are angled to cut less aggressively to help avoid the blade’s contact with the skin. Razor manufacturers aim to reduce cuts and red spots on ladies’ legs, things which most women don’t particularly like to show off under hosiery or skirts.

Men’s razors tend to be straight, sleek and visually appealing to guys. They don’t have as much surface to shave and generally don’t worry about having added moisturizer when they shave.

Women don’t have to shave as often as men, especially during winter months, when long trousers and long sleeves cover up any unshaved areas. Most women don’t shave every day, even in warmer months, so their razors are designed with this in mind. This is likely the reason many women claim to get a better shave from male razors, since the sturdier cut and sharper blades are a little more aggressive than their female razors.

The bottom line is that, apart from marketing differences, those pink and black razors are actually designed differently, providing different results for both genders. While manufacturers urge men and women to stick to their own sex’s shavers, many women still prefer men’s razors for shaving their legs and underarms. Whether it’s the closer cut or the sleek and stylish design of male razors that attracts women, one thing is certain. A close shave is appreciated by both sexes, every time.

Author’s Bio: If you enjoyed reading this guest post, TriNorth Media recommends that you also visit Mark of a Gentleman, who are the credible experts when it comes to men’s razors.

4 Ways Tape Can Be Beneficial In Hair Extensions

Modern Millennial Motivations: 4 Causes to Get behind This Year