In the best sense possible, Queen were a joke. This is not to say that they were stupid, or that they should have been taken lightly. A good joke is hard to find, and in the opinion of this writer at least, Queen told one of the best ever. It has certainly been one of the longest lasting, one that still resonates today – and one that still holds its imitators.

Every now and then, a band comes along that thinks it’s as good as Queen. It isn’t. The kind of joke Queen told was the kind of joke you can only really tell once – because then everyone’s heard it, and when other people come along and try to tell the same joke again they get less of a laugh. 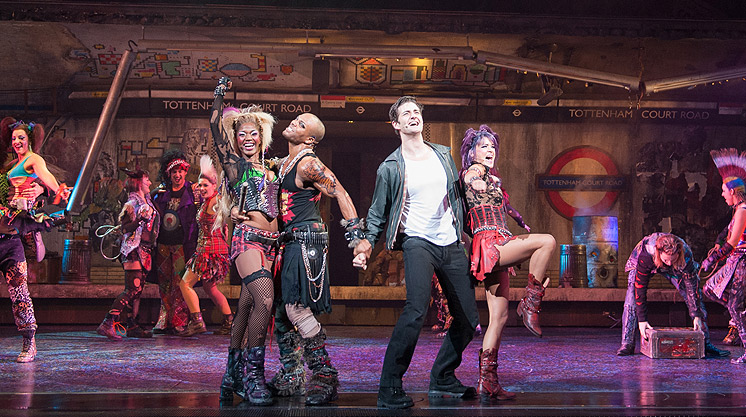 Part of the reason Queen’s joke was so funny was that no-one really got it at first. They were camp, they were outrageous, and they sang songs that lampooned the British way of life. Yet those songs rocked so hard it became impossible to believe that the satire behind the lyrics was vicious or angry – indeed, in many ways the inherent satire of the lyrics gets lost completely in people’s recollections of that drumbeat or this riff. Seven Seas of Rhye, for example, is a pretty weird elegy to a pretty weird habit – the British seaside holiday – and yet it’s really just remembered for its driving drums and gnarly guitar sound.

We Will Rock You tickets, then, have to be contextualised in order to be understood. People who go to see a show with little or no explicable plot, which, when it does have a story, is reportedly so juvenile and full of holes it made grown critics weep with despair, do so for reasons other than because they expect to see a polished story or an emotional masterpiece.

Queen songs were full of emotion, of course – but like all good humour, the deeper the emotion the more closely it was tied up with lunacy. Who Wants to Live Forever is a classic example. Ostensibly, it’s high camp at its very best: a ridiculously long and high-flown song for a ludicrously 80s movie about Scottish people who don’t die. Under the surface, though, it’s about art and love and the spectre of AIDS, all of which played a huge role in Freddie Mercury’s life.

Interestingly enough, the original Highlander movie was directed by a person who, until then, had only shot music videos – another layer of silliness to add to the story. The result was essentially a two hour video for Queen songs, in which people with long hair and swords fought in increasingly improbable but highly photographic locations while the music told us “forever is on today – who wants forever anyway?”.

The point is: Queen were ridiculous. They meant to be ridiculous. This is a band that created music like Invisible Man, I’m Going Slightly Mad – a band that wanted to be defined by its strange association both with Britishness and with that uniquely British sense of polite madness.

Jennifer Bruno is a theatre critic. She has written many articles on We Will Rock You the Musical and We Will Rock You Tickets. In this article she is providing us with some valuable information on this musical show.  Follow us on Google+ .

James Herbert – One of the Famous Novel Writer Is No More