Every parent worries about his or her child’s speech development. They are constantly comparing their child to others, and if their child is not reaching the same milestones as children their age, they become concerned.

It’s extremely important for parents to realize that every child reaches milestones at their own pace. If your child isn’t talking at the same time as other children, it doesn’t mean they won’t.

But if your child is between the ages of two and three and isn’t talking much or at all, it could be a sign of a speech or language disorder. The following information takes an in-depth look at some of the most common speech and language disorders in children. 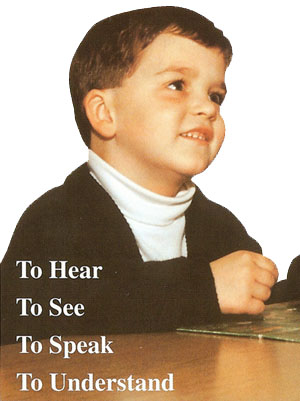 If your child has difficulty articulating their words, they have a speech articulation disorder. While most children will not articulate perfectly, this will usually fix itself by the time the child is around three or four. If your child is still having trouble articulating words, especially if the articulation issue is affecting others’ ability to understand your child, you may want to have them see a speech therapist.

When a child seems unable to understand the verbal words of others, it’s known as a receptive disorder. This occurs when your child has trouble processing what others are saying to them, which can make them appear aloof. Receptive disorders are also commonly known as comprehension deficit and central auditory processing disorder.

Another popular form of fluency disorder is known as cluttering. This occurs when a child tends to speak too quickly that all words become completely cluttered together.

If your child suffers from an inability to communicate orally or has a very limited vocabulary, this is known as an expressive disorder. Your child may have the mental ability to get their thoughts across, but there may be a delay between their brain and their mouth.

What should I do if my child has one of these speech or language disorders?

If you believe that your child is suffering from a speech or language disorder, it’s always best to first bring it up with their pediatrician. They may be able to tell you if it’s just a common issue among children their age or if it’s cause for concern. If other steps need to be taken, you should have your child see a speech therapist.

If your child has a speech or language disorder, it’s always best to have them enrolled in speech therapy as soon as possible. The longer it’s put off, the more difficult it will be to treat.

Lizzie Fredricks lives in Dallas and works as an ASL teacher.  She has currently been teaching BSL to young toddlers using a baby sign language book.

Don’t Put The Nail In Business Cards’ Coffins Yet