Serena Williams can be easily considered to be one of the real gems of the women’s lawn tennis. In the finals of the Sony Open, it seemed that she was dancing in response to the crowd’s grinning, roaring and the cheering. This is the sixth time that Serena Williams had grabbed the title of Key Biscayne. She defeated Maria Sharapova at the finals of Sony Open for winning this title for the sixth time.

This is the fifth time that Sharapova has lost in the Key Biscayne finals. In spite of winning the French open last year and the Indian Wells a few weeks ago, she could not manage to grab the Key Biscayne title. Thus, this can be said that she has set a new futility standard in the finals. 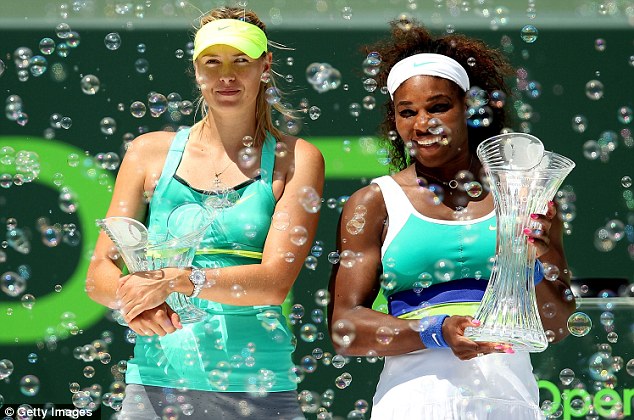 During the first hour of the match, Sharapova played flawless tennis, but then somehow she was unable to play as per her standard. With the passage of time, Sharapova’s serve and her ground strokes became weak and begin to lose their strength. Serena Williams took advantage of this and she won the last 10 games and thus became the champion alas! Serena Williams seemed to falter a bit only during the prize distribution ceremony.

After the end of the match, at the news conference Serena Williams said that she was feeling pretty good. She also added that winning the title for the sixth time was too good.

With this win, Serena Williams who is 31 years old became the oldest female to win the title of Key Biscayne. The last time she won this title was in 2008 and with this win she has also broken the record of Steffi Graff, who has previously won this tournament for five times.

The match began in the noon and the shot played by either of the player matched well with the mild weather. Both the players played aggressively and there were occasional extended rallies that made the huge crowd to gasp.

At the beginning Sharapova was able to build a lead. Sharapova successfully kept Serena Williams on the defensive line, but then slowly Sharapova lost the rhythm and Williams made a comeback to the match. Serena Williams took advantage of the two double faults made by Sharapova. Williams lost only 10 points in the final set and eventually won the tournament by 4-6, 6-3 and 6-0. The whole crowd, including Serena’s sister Venus Williams started cheering when Serena grabbed the control of the game.

At last in the news conference Sharapova concluded that it is quite hard to lose in the final match because a lot of hard work is done for reaching the final stage.

Golf Pros: Technology That Can Take Your Club To The Next Level