Every year, smartphones are going to faster and faster. With the launch of a new device, everyone say this is the limitation of processing and it can’t be crossed and next year or within few months scenario gets change and similar is happening with the launch of Note 4 in the market.

Samsung has launched the two version of the device, one having Exynos Octa-core processor and next one Snapdragon 805 chipset. Both the version works smooth. All applications are stable in the phone. There are some features of the programs on the 2K-display Note 4 in Dots, for example, were very small fonts, but it is not critical and can definitely assure you that the problem is much smaller scale than the one that there are now applications for iPhone 6 and 6 Plus of same kind. 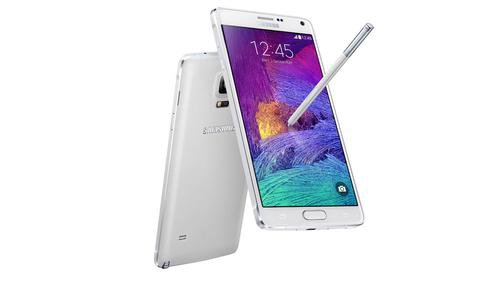 Samsung from year to year improves multitasking in smartphone lineup and similar found in Note 4. This year, major changes in this respect did not happen, rather to change the principles of interaction. If you remember, in Note 3 with S Pen could draw a box of any size on the screen, and it open the application by this method in Note 4 decided to abandon that you might be somewhat disappointed, now instead need to drag your finger from the corner of the screen in order to reduce the area of ??application. You must say that this decision has a right to life, but realized it was not entirely successful, as the screen of Phablet quite large, the opening curtain notifications for convenience occurs just at the corner of the screen, and instead of having to open the MC, often accidentally gets reduce application and vice versa. On the other hand pleased that the increase in the number of applications that support such a decision, but the message “Can not open this app in a popup window” still get to see very often.

Built-in stylus, another primary thing of Galaxy Note, this year has become more functional and accurate. Significantly improved text recognition. And the new hand writing tools work like charm. Little changed context menu commands – are added one new called “Smart Choice”. It would be better to call it “Multiple Choice”, it would be better to reveal the essence of this function. With its help, you can select multiple items around your smartphone, and then save to Album clippings or send to any application in the form of pictures.

Among other innovations S Pen can be noted incredibly convenient way to allocate photos in the gallery on the same principle as it occurs on a computer mouse. Last year, with the help of S Pen could select text, however, this functionality was available only in standard applications Samsung, now you can do it everywhere.

The improvements are on the go, Samsung every year redefines the functionality of Note series, and similar would happen with the Samsung Galaxy Note 5.

Gets The Best Essay Writing Order From The Online Website Services

Protect Your Workplace: Simple But Effective Measures for On-Site Security