The USA is one of the most attractive countries on the planet, where there’s everything you need for a comfortable rest and unforgettable impressions. Washed by the waters of two oceans, this country is just a paradise for the fans of beach holiday and all kinds of water activities. In addition, it has the highest mountain peaks on the continent, as well as the largest metropolitan areas on the planet.

However, the main thing that attracts adventure seekers is unique natural sights. The majestic glaciers and fabulous canyons, arid deserts and crystal clear lakes, dense forests and numerous waterfalls – America is famous for its stunning scenery! We’ve chosen the natural sights of the USA, which must be included into your travel list. You may be interested in learning how to get to them, thus cars from AVR rentals provide the most comfortable way of getting along the American roads. 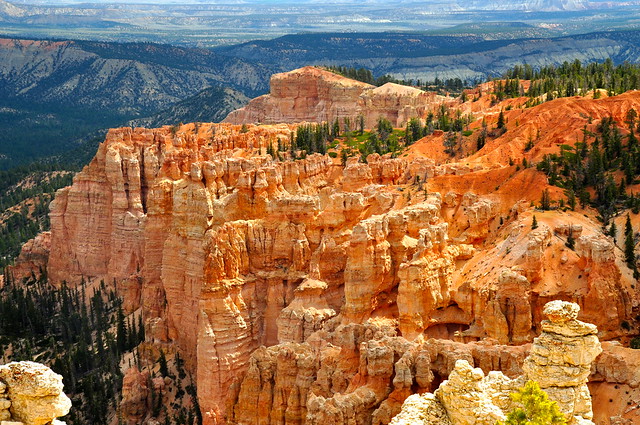 Located in southern Utah, Bryce Canyon Park is undoubtedly one of the most breathtaking and interesting sights in the country. Stunning landscapes of Hoodoo mountain formations, created under the influence of the natural forces of water and wind, stretch for miles.

Their shape resembles arches and pillars of unusual colors from reddish, bright orange to pale-yellow color. It’s better to visit this beauty in winter, when the temperature is not so high, and the best visibility is provided. 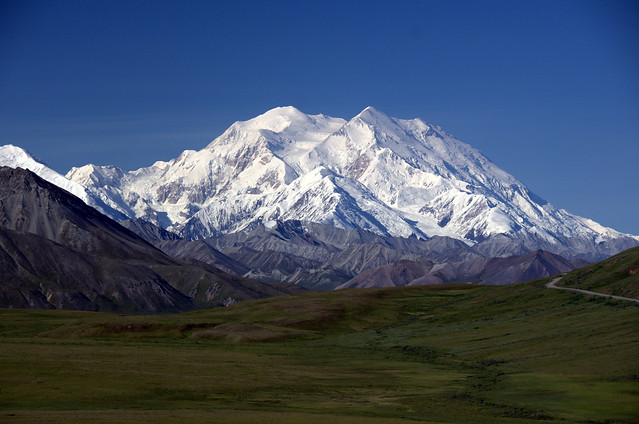 Being the highest peak on the continent and one of the main attractions of the United States, Mount McKinley can be found in Alaska. It’s difficult to imagine the snow-white mountain peaks in combination with transparent rivers, dense forests, mirror lakes and picturesque cities – you need to see everything with your own eyes. Of course, grab your camera to take several amazing shots. 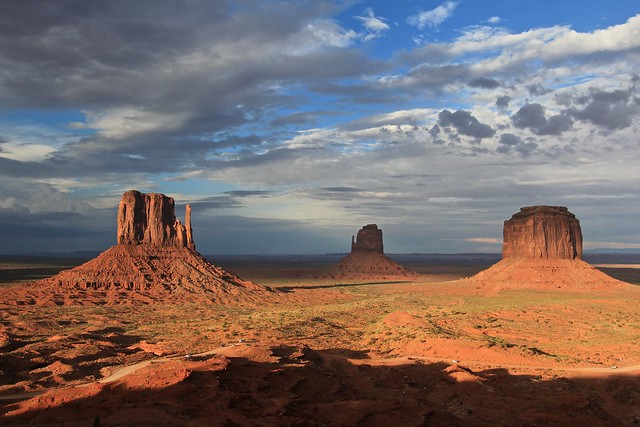 The Monument Valley National Park is located in the south-east of the USA, on the border of Utah and Arizona, and on the reservation territory of the Navajo Indians. The endless expanses, bizarre rocks and unusually rusty sand of Monument Valley are familiar to all the fans of westerns.

In this natural scenery, a lot of Hollywood films and commercials about the Wild West were shot: ‘Back to the Future-3’, ‘Stagecoach’, ‘Little Billy’, ‘Once upon a time in the Wild West’, ‘McKenna’s Gold’ and ‘Forrest Gump’ are among the most famous movies. 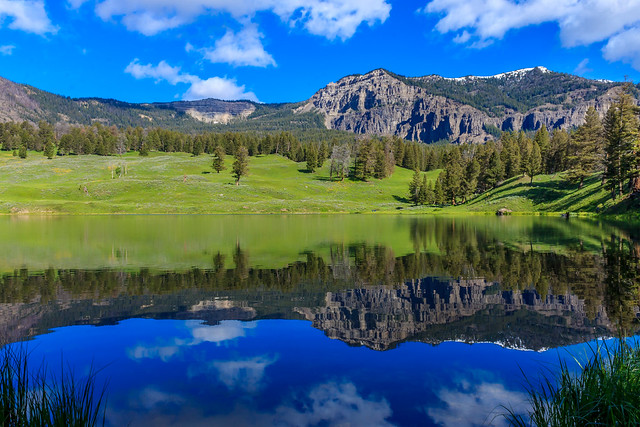 Yellowstone Park is located on the territory of three states at once – Montana, Wyoming and Idaho and features the largest volcano on the continent. The volcano is so huge that it doesn’t even form a cone. During the eruptions that occurred tens of thousands of years ago, its upper part simply fell underground. As a result, there was a hole in the ground – a caldera measuring 55 by 75 kilometers. There’s a scientific theory, according to which the next eruption of the volcano will lead to the complete destruction of all life on the planet.

Yellowstone Park itself is located on a plateau that was formed during constant volcanic eruptions. Forests were repeatedly covered with ashes, and today you can see there thousands-years-old trees that have taken fantastic form. At an altitude of 2,135 meters there’s a beautiful lake. Also, Yellowstone Park is famous for its geysers, thermal springs and waterfalls. 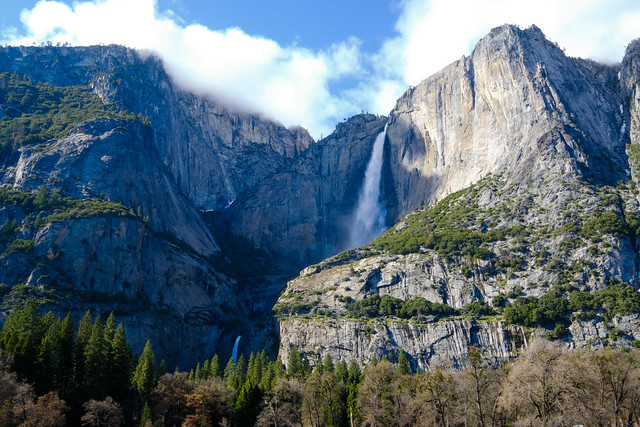 Yosemite National Park, which is located in the heart of California, carefully preserves one of the most beautiful wonders of nature – a lot of waterfalls, and neither is like the other.

Yosemite is particularly notable – a fiery waterfall, named after the ancient ritual, around which the atmosphere of romance, beauty and charm reigns. 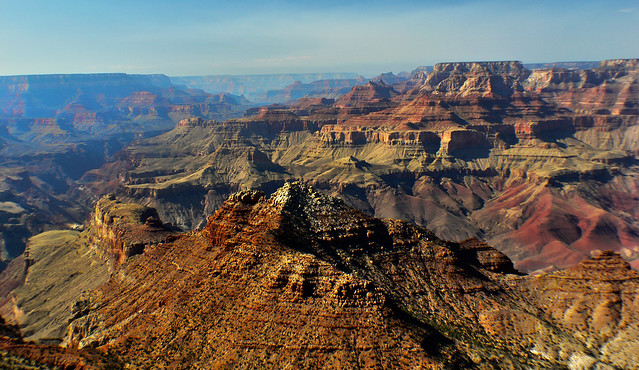 The Grand Canyon can be easily included into the list of 7 wonders of the world. This is the true treasure of Arizona, as well as the most attractive place for tourists, and the national wealth of the United States of America.

The greatest panoramic views of the Colorado River, forming the Grand Canyon, open from a height of 1000 meters above sea level. Thus, helicopter tour to the Grand Canyon is another perfect way to explore this natural sight. Many tourists visit the United States just to see one of the most amazing creations on the planet. 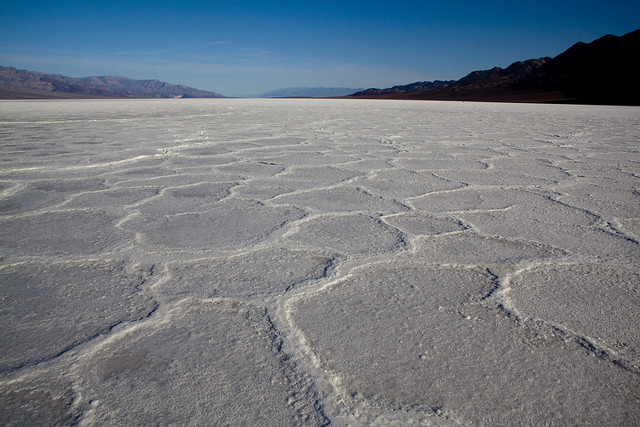 California is one of the most picturesque states in the country, offering a variety of natural attractions for travelers and adventure seekers. One of the unique places in California is Death Valley, located at the lowest point on the continent.

It’s interesting to know that the air temperature sometimes reaches there more than 50°C. Grandiose yellow dunes, along with majestic rock formations shimmer in the rays of sunlight. Although this place has a gloomy name, the landscape here is incredibly beautiful. The moving stones of Death Valley are one of the famous mysteries of nature.

Sticking To Budget and Keeping In Contact As A World Traveler