Private plates are an amazing way to give your car a bit of a spruce up, a bit of individuality and a bit of bling – without you breaking the bank. Lots of people invest in private plates in order to boost their street credit. Private plates are also fantastic birthday presents, especially for new drivers. Often the most basic runaround can look so much more special with private plates attached, and what’s more, the new driver can keep those plates forever – they’re a very long lasting and special gift.

Celebrities all have private plates, because they can. But not everyone chooses to invest in private plates just to boost their vehicle image. Private plates are fast becoming a real form of investment. Private investors will spend thousands of pounds on registration plates they believe will grow in value on the DVLA website. On the site private plates can cost anything from a few hundred pounds, to thousands of pounds. The plates then get held until the investor sees their value has risen enough to make them a major profit. Plenty of people are buying private plates as investments, and at less than £500 pounds, it’s not hard to see why. The DVLA has thousands of number plates available to purchase on its site, the key is picking one that increases in value. 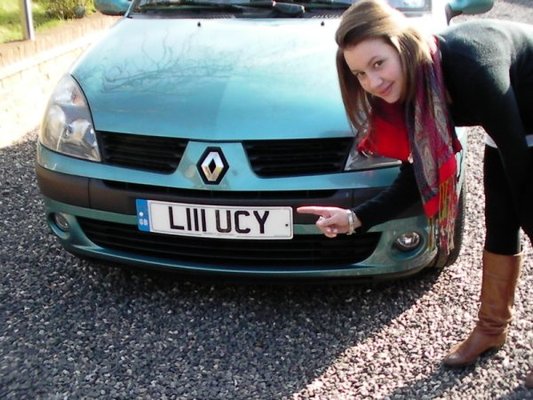 Certain companies may have purchased these plates for under £500 and sold them on for £15,000, which is a pretty fantastic return on investment by anyones standards.

Whether you invest in private number plates as an investment or simply to bling up your car, there are strict legalities involved that you must follow. These legalities are strict and avoiding them could result in huge fines, or in some rare cases – a prison sentence.

A personalised registration number has to be used on a vehicle that has been registered, or that is in the process of being registered. The vehicle must also be taxed and driven in the UK. What this means is, you can’t simply purchase a plate and keep it in storage until it’s value increases – it has to be used on a legal vehicle.

You also cannot use a private plate to bring new youth to your old car. Private plates cannot be used to make a vehicle appear newer, so the registration must reflect the vehicles age.

There are also strict restrictions on the type of words used on private plates. Offensive words (words considered offensive by the general population) are not permitted. The only exception to this is the word SEX which has been allowed on plates in the last few years. Font is also strictly restricted to permitted fonts, and if you don’t use these fonts you may well find yourself being fined for your creativity.

There are restrictions on how you sell number plates or move them from one vehicle to another. It’s not as simple as attaching one plate to another car. Various forms are necessary when you move number plates across. So if you’re putting your plate onto another one of your vehicles or you’re selling a plate to someone to put on their vehicle, you have to fill our a V317 form and pay £80 for this. This form must also be filled out by the person purchasing the plates.

If you are investing in some private plates, make sure you purchase them from a reputable company and fill out all the legal forms necessary to ensure you’re not just splashing the cash only to find yourself fined and reprimanded for avoiding the law. Personalised plates can be a really simple and easy way to make your car stand out from the crowd, just make sure you do your research so you can enjoy them without any added complications.

Some Tips On How To Find Ford For Sale In Glasgow

Careful Driver: 4 Ways To Be Safer On The Road