There are a tonne of opinions on the best way to ensure your dog behaves well and stays happy along the way, but on a very basic level they boil down to four different types, positive and negative reinforcement and positive/negative punishment. But which of these is the most effective way to have a friendly, well behaved dog, and also keep a strong relationship between them and the owner?

The most important thing to remember is that dogs will often misbehave if there’s something wrong with them. If a dog is scared or unwell, their behaviour will show that, but not necessarily in an obvious way. Things like gum disease or isolation can irritate them, so make sure you have a healthy dog before you think about way to combat any bad habits.

This is undoubtedly the best method to try first as nothing bad can come of it. Positive reinforcement involves rewarding your dog whenever he’s done something well. It’s easily used in training situations and makes them want to do it again. Using treats and verbal encouragement actually causes a chemical reaction, releasing the happy ‘dopamine’, which is why they will want to continue doing it.

Despite containing the word positive, this still a negative (and fairly common punishment) used by a lot of dog owners, classified as things like shouting and smacking. It will make the dog associate their actions with bad things happening, but they will also associate the owner with negative thoughts because they were told off. Even if the dog has been particularly naughty, try to avoid it if you can.

This involves taking a bad thing away from a dog, once they are behaving correctly, e.g. telling them to sit, while holding onto their collar then letting go when they sit. This is a way of reinforcing a dog’s good behaviour, but, unfortunately it means you have to do something to cause them discomfort first. While still better than the two forms of punishment, positive reinforcement is still best, by far. 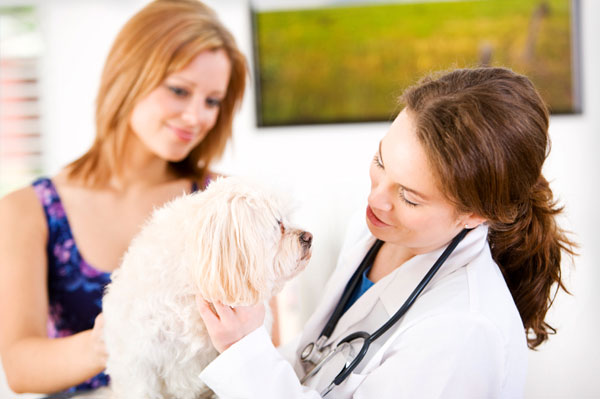 Opposite to the positive equivalent, this involves taking something away, which can be one of their favourite things or maybe even just your attention. Similar to positive punishment, this may work, but the dog will eventually see their owner as someone who takes their stuff, not a friend.

If you think you’ve really tried you best with the different reinforcement techniques, but things aren’t getting better, it may be worth consulting a professional dog trainer, who will at least be able to give you advice on how to improve your relationship and the dog’s behaviour.

Choosing The Best Day Care Services For Your Dog

Canine Collars – What You Need To Know

You Lucky Dog! How to Create a Pet Haven Right at Home