Panasonic’s seriously svelte 12.1-megapixel, 1/1.7-inch CMOS sensor incorporating LF1 compact weighs in with the second longest zoom on test, at 7.1x optical. That’s some serious eyesight for a camera as slim as this, equivalent to 28-200mm in 35mm terms, offering a f/2 maximum aperture.

Attendant features closely match other cameras on test: Raw shooting alongside JPEG , a light sensitivity range stretching all the way up to ISO 12,800, 10fps burst shooting, a three-inch LCD screen and lens control ring for tweaking settings, plus built-in Wi-Fi and the added novelty of NFC connectivity for easily hooking up Android devices.

Unusually for a camera this pocket-sized, the LF1 has shoehorned in an eye-level electronic viewfinder offering 100 per cent field of view – an impressive feat, even if the resolution is a low-ish 200K dots. The addition helps the LF1 stand out from the slimline crowds, but using the EV F for any length of time will give you eye strain. 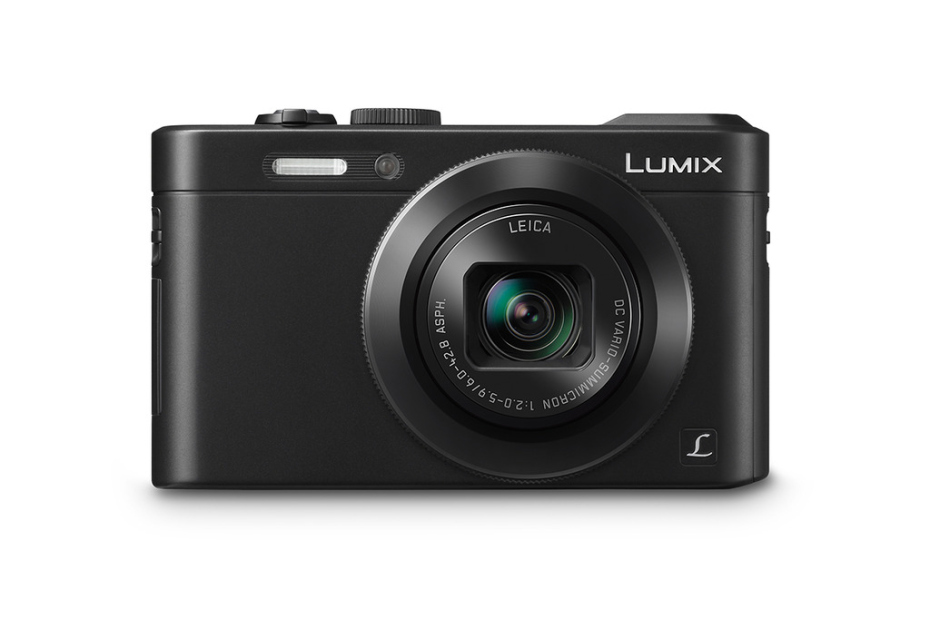 On the Panasonic we again get full-HD video capture, accessed via its own record button, plus full use of the optical zoom during recording. The mechanical noise is quiet compared to rivals and action is smooth as the focus re-adjusts automatically when zooming in and out, or swapping subjects mid-flow.

That’s an awful lot of features squeezed into a very small form factor for a surprisingly cheap price, so we bet you’re wondering if corners have been cut. Well, the battery is charged within the camera via USB rather than a separate charger, but that’s not a deal breaker. That aside, there’s little to dislike.

Images are consistently bright, sharp and colourful, making this a fine choice for anyone stepping up from a smartphone camera. It’s a cleverly upgraded point-andshoot but you’re likely to outgrow it quickly.

Hate: Viewfinder feels like an afterthought. No handgrip. No mains charger included

Verdict: A very smart point-and-shoot camera that does a lot for very little

A three-inch LCD backed up by a small electronic viewfinder; a rarity at this price, even if it is tiny

It’s slender and solid, but could do with a handgrip

Battery life Up to 250 shots

How Virtual Desktops Can Allowanywhere, Anytime Access For Your Business