Owing to the presence of e-cigarettes in the market today, non-smoking actors easily act out scenes where they are required to smoke on camera. That is why faking a cigarette smoking scene becomes considerably easy on set. These devices may emit a flavoured puff or chemically burnt nicotine smoke to the smoker; best part is that in case of e-cigarettes there is no odour or smoke. So be it live theatre or a recorded scene, the presentation becomes all the more stylized because of a near realistic smoking device held by the actor. In live theatres, using these devices in place of a real cigarette is all the more convenient because the audience tends to be farther away from the performer; so getting a clear a view of the prop is not possible.

When a scene is in progress on stage and a non-smoking actor is required to smoke, audiences do not mind accepting an unlit cigarette as long as the performance is pragmatic. It is almost similar to situations where an actor sips on cola instead of scotch in scenes where a non-alcoholic is required to drink. But when it comes to films, audiences do not have the same tolerance levels as a studio audience; the camera is also too close for an actor to fake a smoking scene. Audiences get to look at the scene in an enormously projected scale so it is tough to deviate from reality. 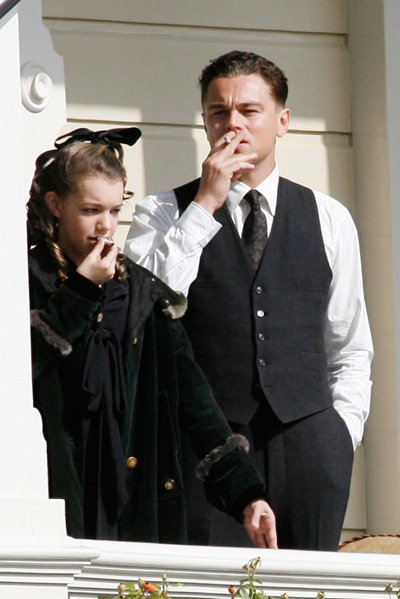 Actors who smoke in movies have to take puffs off a real cigarette or a near-original facsimile. In such cases, they have to take up smoking a cigarette; thus nicotine smoking becomes a compulsion for them as a non-smoker. Instead a close facsimile like an e-cig is not only a healthier option but also a great way to reduce smoking pangs in actors who are ex-smokers. It also fight withdrawal symptoms and help them get rid of cigarettes in real life. So a scene where they are needed to smoke does not lead them back to chain-smoking. On the other hand, the smoking scenes almost advertise the product which targets an audience full of tobacco smokers. These smokers might be facing problems quitting cigarette in their personal lives themselves. So smoking a facsimile is a great way to inform the audiences about a cooler alternative; actors these days are actually doing this noble task.

Products such as flavoured herbal cigarettes, electronic cigarettes etc. have found their way into sets and theatres these days as alternative smoking devices. While herbal cigarettes are made up of harmless or mild substances like clover flowers, marshmallow leaves and rose petals, other variants of non-nicotine smoke sticks might have nicotine infused with flavours like ginseng, menthol and vanilla. These are supposed to enhance the taste but turn out to be nastier for a first time smoker.

If the smoker is an actor, a horrible tasting cigarette might even impede the performance. Instead electronic cigarette without nicotine are a better alternative because an actor who is a non-smoker or an ex-smoker draws a better flavour during the scene. Automatically the performance becomes natural and the audiences get to enjoy a realistic scene. So you can make out by now that not always are actors smoking real cigarettes in movies.

Mary Thomas is a famous Health Specialist. She is very much concerned about health & behavior issues. Now, She is devoting herself to help others to get rid of nicotine addiction.

Everything You Need To Know About Carpal Tunnel Syndrome