New York has been the city where people all over the world visit every year to enjoy the city environment. They lease cars to travel around the city to see different tourist spots. But, after the survey, the touring within the city will be expensive as renting a car hits the top rate of around $72 per day. It is way more in contrast to other cities across the United States.

The survey had done by CheapCarRental.net have compared almost fifty destinations across the United States. Travels have to lose their pocket string more in the New York city than any other city in America. Even Honolulu and New Orleans are less the car rental price than New York. According to the survey, over the previous twelve months, the average amount is about $64 that what you have to pay if you want to drive rental cards in Hawaii and Luisiana.

According to the survey, if you are in Seattle, San Diego or Los Angeles, you have to spend on an average of $30 every day. Thirty dollar is the least amount that you would spend on leasing rental cars across the United States. This means, if you compare the price of New York rental car prices to these West Coast cities, then you will find that New York rental rate is 60% higher, which is very expensive. 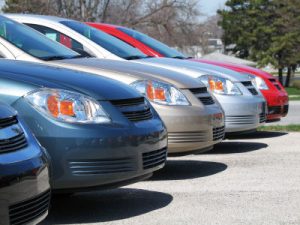 So, pack your bag, and keep your pocket full with cash, if you are visiting New York city and looking to rent a car. You might get little low priced rental car, but the average show very high price, almost around $72 per day. Even the capital city of the United State, Washington, D.C is cheap, where people have to spend around $60 to lease a car.

You might consider thinking about your tour after this amazing data revealed by CheapCarRental.net. Here is the list of car rental costs in the respective cities, that can be utilized to rent a car. If you are renting a car in New York City, then $72, which is on the top on the list. The city where you have to spend less is Sacramento, where the leasing car rent is $48. If you want to drive in Honolulu then the cost is $63 and in Newark, then the cost is $54. So, you better think couple of times visiting New York for your vacation.

Car Loans Made Simple: Financing Your Car in a Way That Works