Motorola recently launched the Moto G4 Play and this is a mid-budget phone with powerful features. Motorola G4 Plus is a popular smartphone as well, and it is sold for Rs 13,499, and the G4 Play costs Rs 8,999. Currently after the very recent launch of Moto G4 Play, there is a lot of excitement inscribed on this phone. There is certainly a significant cost difference between Moto G4 Play and Moto G4 Plus, and now for an interesting topic of discussion, is the G4 Play going to become more popular than G4 Plus. Let us compare the two phones and arrive at a conclusion.

Display and design : Moto G4 Play is engineered with a vibrant 5-inch LCD IPS display and it has a resolution power of 720×1280 pixels and a 294ppi pixel density power. The phone has a neat design with curved edges and an amazing screen. The G4 Play is 9.9mm thick, 72mm wide and 144.4mm tall and it is sold in great colors of black and white. 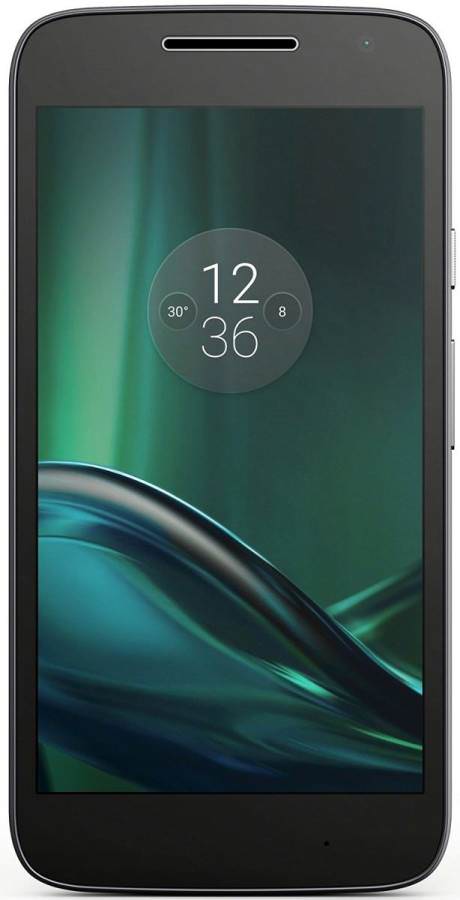 Moto G4 Plus is built with a robust 5.5-inch full HD resolution LCD IPS display screen and it has a 401ppi pixel density. An important point to remember is the screen is extremely rigid and highly resistant to cracks, contributed by the supremely strong Corning Gorilla Glass v4. Beneath the screen in the front is a fingerprint sensor and on the rear there is a laser autofocus, LED flash and camera lens, and also watch out for the neatly carved ‘M’ logo.

Operating system and performance : Moto G4 Play is engineered with a potent Android v6.0 Marshmallow operating system, and it is powered by an efficient 1.2GHz Qualcomm Snapdragon 410 processor backed up by Adreno 306 GPU and 2GB RAM. The operating system and processor is highly effective enabling the phone to function smooth and swiftly with absolutely no room for lag, also this is an excellent phone for people who are into gaming or performing several functions on the phone.

Moto G4 Plus is built with a potent Android v6.0 Marshmallow operating system, and it functions on a highly efficient 1.5 GHz Qualcomm Snapdragon Cortex A53 octa-core processor backed up by Adreno 405 GPU and 2GB RAM.

Camera and storage: Moto G4 Play is built with 8MP primary camera with a f/2.2 aperture and this camera has LED flash and autofocus. On the front is 5MP secondary shooter and this is just amazing for video calls and selfies. The internal storage capacity of the phone is 16GB and it can extend to 128GB with the help of microSD card.

The fourth gen Moto G4 Plus has a back 16MP camera and it has dual LED flash and autofocus, and for a great capturing experience, this camera has touch to focus, face detection, auto flash and digital zoom. The front 5MP camera is awesome to capture endless selfie moments. The internal storage capacity of the phone is 32GB and it can extend to 128GB with the aid of microSD card.

Battery and Connectivity : Moto G4 Play runs on an efficient 2,800mAh lithium-ion battery, and it is offered with a series of connectivity options such as microUSB 2.0, GPS, Bluetooth 4.1, Wi-Fi with hotspot, 4G and dual SIM.

Moto G4 Plus functions on an incredible 3,000 mAh non-removable lithium ion battery, powerful enough to last a whole day with sufficient charge back-up. There is a TurboCharging support that enables quick charge and this is much faster than regular charging. The connectivity options offered on this phone is micro USB 2.0, Bluetooth v4.1, Wi-Fi, 3G and 4G connectivity.

Verdict : There is a great price difference between the G4 Play and G4 Plus, and now for an interesting topic of discussion, which is a better phone to buy? The Moto G4 Plus has a larger display screen, a more powerful processor, better camera features and battery compared to the G4 Play. However, for the price offered the G4 Play has impressive features, it has a strong 2,800mAh lithium ion battery that will last for a whole day. This phone also has an efficient Android v6.0 Marshmallow operating system and a vibrant display.

From analyzing the overall features of G4 Play and G4 Plus, G4 Plus is certainly a better phone to own although it is much pricier than G4 Play. In order to get a better understanding about which phone to buy, let us analyze the unique selling proposition of both phones. The advantage of buying the G4 Play is it is engineered with the latest operating system, it has a good display and powerful and durable battery. The benefit of buying the G4 Plus is it offers a long battery life, there is a fingerprint ID, it offers powerful resolution and a sharp display.

Even after analyzing the strong selling points of G4 Play and G4 Plus, the G4 Plus has more attractive features than G4 Play. A handful of people would be of the view that it would be more worth it to pay extra bucks on the G4 Plus and enjoy more convenient and powerful features when compared to G4 Play.

For people who are looking at buying a great phone sold with great value the G4 Play is a good smartphone to buy. The most interesting aspect of the phone is the fantastic display with sharp viewing angles, making listening to music and watching videos a highly pleasurable experience. The phone has a good operating system and battery as well, but for people who are keen on a superior camera, battery and processor experience then the G4 Plus is a better smartphone to buy.

The common good features between the Moto G4 Play and G4 Plus is an excellent display, operating system, storage and battery. The two phones are powerful and efficient in certain aspects, and certainly worth the price it is sold for. For those who have decided on the G4 Play or G4 Plus go ahead and buy the phone, because both these phones have robust features.

Azure Certification: A Gateway To Earn Value In IT Domain

A Detail Overview On The Blue Whale Challenge