Meizu and Canonical have partnered to introduce Ubuntu operating system on Meizu PRO 5, Now the Chinese Meizu is planning to launch their second Ubuntu smartphone ahead of MWC 2016 event, Successor to the Meizu MX4 Pro, According to the Canonical, It was a fifth device running on Ubuntu OS, Last year Meizu launched Meizu PRO 4 Ubuntu model. Meizu PRO 5 comes with 3GB RAM and 32GB storage. 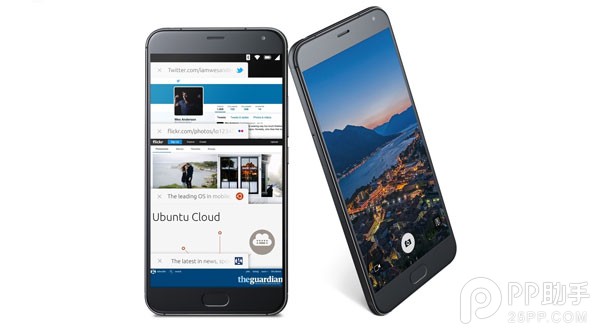 This device will feature a 5.7-inch AMOLED Full HD display with screen resolution 1920 x 1080 pixels, Little higher Display than previous design Meizu MX4 Pro 5.5 inches, and the display glass protected by the Gorilla Glass 3, Which gives pixel density of 387ppi. For photos and video chat, It will have a rear camera Sony IMX230 Exmor RS 21.6 megapixel with dual LED flash, Laser Auto focus, f/2.2 aperture, So the users of this device can capable of recording videos in 4k resolution, and 5 megapixel Front camera with f/2.0 aperture, Great camera that will give better picture in low light condition. According to the previous rumors, suggest that this device comes packed with USB Type-C port.

For data store Smartphone supports 32 GB of Inbuilt memory, And an External MicroSD card bonus instead of using Android operating system, This device will run on the Ubuntu operating system, However difficult to believe in the potential of the OS, so that history proves that Android and iOS are unstoppable. Powered by the 3050mAh battery, Dimension of this device 156.7x78x7.5mm. Including FInger print reader for the security of application. And it is one of the common feature for HIgh-end design Smartphones of 2016, This will be equipped with  2 SIM card Slots and Smartphone Compatible with 4G LTE (TD-LTE / LTE-FDD) / 3G HSPA+ , WiFi 802.11 ac/b/g/n (2.4/5 GHz), Bluetooth 4.1, GPS, It will be available for pre-order during MWC on company official website. But there is no official word on price and availability, This device will be available in gold, silver and gray colors.