Haulage companies lose thousands of pounds every year when their trucks go through toll roads. With nearly half a million lorries on Britain’s motorways, these toll roads are a huge impediment for haulage companies who need to transport cross-country cheaply and conveniently.

This month, however, operator Midland Expressway Limited (MEL) has agreed to allow members of the Road Haulage Association to access the M6 route without a fee. This is an amazing opportunity for haulage companies to travel through the M6 toll that links Cannock Staffordshire to Coleshill in Warwickshire. About 34,000 cars a day use the M6 toll. This trial will determine if using the road instead of the motorway will be beneficial in decreasing congestion on the non-toll road. 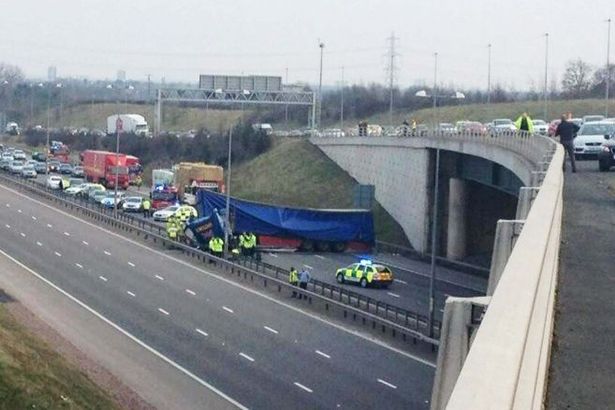 Currently, every lorry that passes through this toll, opened in 2003, pays 11 pounds. Many of the haulage companies have been issued cards, making the toll road the first ever pay as you go motorway. This is losing money however, with traffic dropping by 40 percent in just seven years. Not only does the cost deter drivers, but the road is also a little longer.

About 450 firms have jumped at the chance to be in the trial (this equates to around 7,500 lorries). Nick Payne, rep for RHA, says the Association agreed to the month’s trial to see if there was a cost and time saving opportunity. The margins in the haulage industry are pretty narrow currently, so any saving is a bonus.

With this free passage for lorries for the month of July, it will also cut down on traffic for the old M6, the non-toll road, which carries 175,000 cars a day. Many people think that this is a long overdue step in solving congestion problems and maximizing the potential of the toll road. This passage could be one of the region’s best assets, but, instead, many haulage companies and drivers choose to go on the old M6 because there isn’t an expensive charge.

Hopefully this trial will be beneficial for both the MEL and the Road Haulage Association. Perhaps, if it continued, the annoying congestion problem would decrease making a lot more people’s commutes shorter and more efficient.