Think you can live up to 100 years while remaining in good health? In 1900 life expectancy was only 47 years. Today, in France she’s gone to 84 years and all over the world it has reached 67 years (men and women combined).

You remember Jeanne Calment, this French born at Arles in the Bouches which lived to 122 years and a half? She died on 4 August 1997. Incredible, how about, certainly it is a record, but if there were persons who have attained the 100 years, they are very numerous.

It must be recognized that today ‘ today the Group of persons who had completed 85 years is very important in our populations in Europe. It has been observed that pass the age of 85, people seem to often stronger than younger seniors ! It must be said that most of these almost century-old grandmothers and grandfathers had a rich and healthy life.

Scientists are agreements to say that 70% of the effects of aging are due to controllable factors. Only 30% of the process of the development of old age is genetic and therefore beyond our control.

Avoid smoking, eat a variety of healthy and nutritious food and doing regular exercise become part of ways of increasing longevity. We will cite other factors that contribute to lengthen our life expectancy. 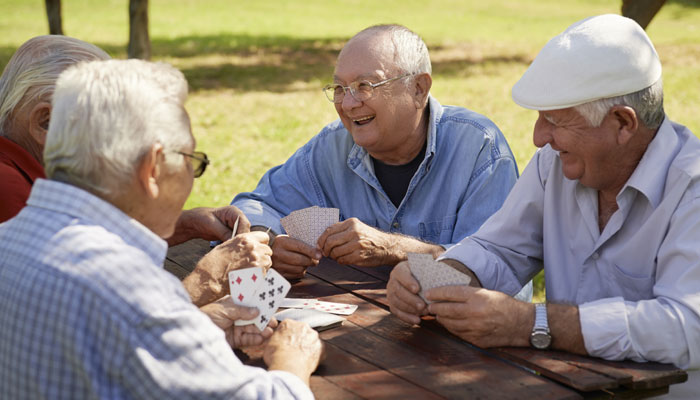 So, be positive or positive and tell you although it is now relatively easy to reach 100 years!

It is very important to remain mentally active practice of mental gymnastics. To stimulate your mental faculties and to properly work your brain, explore new fields of investigation. For example, start to learn a new foreign language that you can use with a few people you know and who speak it fluently. It is never too late to do this.

Do you not say: ‘at my age, it is impossible!’ If this is impossible, this is certainly not due to the age of your brain but rather due to a psychological brake, a negative state of mind. Travel ! Discover new cities and new landscapes. The famous saying said: travel form the youth ‘. Stay young and travel! Learn to play a musical instrument or singing.

The brain is an amazing organ. It has 100 billion nerve cells, or neurons, connected between them by thousands of billions of connections that play the role of telephone lines that allow neurons to communicate easily to produce, among other things, the memory. Bad news: during the long process of aging of neurons die. However, good news : an old brain is able to offset the loss of these nerve cells by establishing new connections with other neurons. This is why many elderly people carry the same intellectual activities that individuals younger due to the fact that their brain is able to create new connections.

(2) Work with All your Soul

It was observed that centuries-old people have worked hard all their lives. They do never stopped doing physical and intellectual tasks that give meaning to their lives. For example, is attributed the exceptional longevity of the inhabitants of the South of the Soviet Union not only to air of altitude and their diet simple and nourishing, but above all to the hard physical work they do willingly. In this country, very big people are ill and live less long.

Steve Farrell explains: even with bad genetic predisposition, it is possible to increase its life by doing more exercise. In the United States, the Centre for the study of aging and human development at Duke University researchers said people satisfied with their lot and loving their work live longer.

A survey revealed that 1200 centenarians 90% of them have had a regulated, structured life. For example, these people were used to stand and lie down at the same time. Same for meals, they are accustomed to meet well defined hours. It seems that a certain routine in the life of an individual subtracts it the anxiety and stress that are destructive factors in the development of aging.

Dr. Albert Parry, of Russian origin, wrote about the rural life in the Caucasus, a region in which people live very long: “the family and the community give older people the feeling of being important, or to the minimum necessary, coming asking Council.”

Show yourself generous. Give a very satisfying, and the satisfaction it helps to stay healthy and extend longevity. Learn how to be interested in what interests others. Ask questions. Go to people who need help and offer your services.

People who live the longest developed a particular interest for something that are important to. These are often people who have specific goals and work to achieve them. No matter what is your main interest – this can be gardening or the attention paid to a beloved grandson – as long as there is a certain passion, your mind or mental remains healthy, busy, positive and radiant.

Have you already spoke with someone from the fourth age? These people were able to endure terrible situations that have emerged at various stages of their lives. It is impossible to live long without being hit by powerful emotional shocks such as for example the loss of some beings dear in the family or outside. Yet a spirit able to assimilate ‘these contradictions’ in the course of life is able to continue to live with a soul strong and positive State which does not discourage it interfere with his physical, mental and spiritual health.

The desire to live is essential and spontaneous. However, we wish not only to exist. Men yearn for a way of life with a meaning and a purpose. According to Sidney Jourard, psychotherapist, ‘a person lives as long his life has a meaning and a value, and as long as it has a reason to live’. A strong faith has enabled many people to hope and to remain optimistic and happy. Some scientific investigations have suggested that people who believe in God are least affected by the disease than others who have developed no spiritual relationship.

This excellent guest blog short post is offered by Karen H Cole. Karen Cole is one of the most popular writers on overall health niche market. For more information regarding recent health news, check-out health benefits by Karen Cole web-site.

Top Exercises That Give You The Perfect Set Of Legs

4 Key Reasons To Get Chiropractic Care

5 Interesting Things About Healthy Living You Never Think About