Everyone has probably heard about or read somewhere about the study that shows that scientists have linked selfie addiction to mental illness. One of the biggest cases demonstrating this was a man who was addicted to taking selfies and would take over 200 selfies a day trying to get the most perfect one of himself. Now just reading this, you might be able to think that perhaps this guy has some self-image problems. His doctor shared that “taking too many selfies may cause mental illness, including body dysmorphic disorder, which has an ‘extremely high suicide rate,’” according to CBS Atlanta.

Now that can be cause for someone to think that their body isn’t good enough the way it is and want to get plastic surgery. Another study even found that one in three AAFPRS surgeons who participated in an online survey said that selfies led their patients to cosmetic procedures, according to the Washington Post. However, the validity of this study has been in question because the survey was not up to statistical standards since it was just done via a Survey Monkey quiz. Also, the question stated that “social media” in general was leading their patients to surgeries, not just selfies, according to the Washington Post. 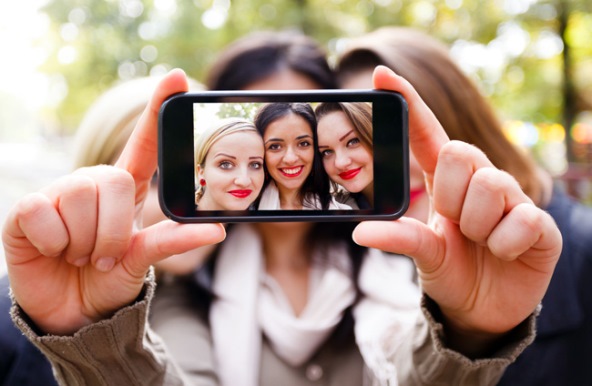 So that begs the question, does seeing ourselves in these visual representations online spur more plastic surgeries? Our online presences are almost as complicated as our physical presence, because on one hand there is the image we are trying to project, and then there is actually how we show up. In one way selfies and these virtual representations can be empowering because we get to chose how we appear to everyone else, but on the other hand, we can spend hours trying to take a selfie that comes out just right and then end up very unhappy with our physical appearance and how we really appear.

Perhaps that is why plastic surgery seems like the best solution to this quandary. People who don’t agree with plastic surgery need something to explain why others would want to get plastic surgery, so they look for answers anywhere they can find them. Some even link wanting plastic surgery with mental illness, whereas others who are getting the surgeries most of the time just see it as something as simple as changing your hair color. You wouldn’t tell someone they had a mental illness just because they got their hair cut differently or dyed their hair, so some argue that plastic surgery is similar to these behaviors.

And plastic surgery has benefits, too, especially for people who might seriously struggle with their self-image and confidence. If someone has been bullied their whole life about a part of their body, they might see a significant increase in their quality of life if they have aesthetic surgery and the problem goes away. In older people, benefits can include feeling younger and more vivacious. You are your own harshest critic, and that’s why many people choose to get plastic surgeries. Not to appear different to other people, but to appear different to themselves and be the version of themselves that they want to be. If you think about it, it’s kind of like we do with social media and selfies, project the best versions of ourselves.

How to Get Great Looking Skin