Cosmetic Surgery has become more commonplace than ever in America, and going to a licensed cosmetic surgeon, while it may not be the cheapest, is definitely the safest. There has been a disturbing rise in deaths related to illegal cosmetic surgeries. Many of the stories of death or permanent disfigurement could have been avoided if the victim simply went to a licensed doctor for their procedure.

Instead, the headlines are full of people who buy their own products on the internet, usually from foreign countries, and proceed to inject it into themselves. Doing this left a 54 year old woman in San Francisco- who was just looking for a cheap facial injection- with damage that is still in the process of being repaired. The this incident on SFGate describes, as San Francisco dermatologist Richard Glogau put it, the woman’s face looked as if someone had “put hot candle wax under her skin.” For four months, he has been trying to repair the damage. Her cheeks now sport 3-inch horizontal incisions that were needed to drain and remove the filler. The scars from those cuts will be permanent.” 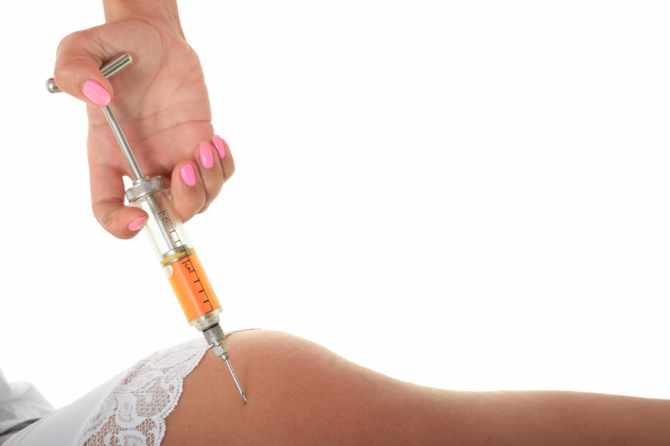 There are more ways people are getting in trouble with cosmetic injections than just getting hold of substances on the internet and injecting them into themselves. There are things that are far worse. A woman in Miami met someone who claimed to be a doctor and offered to give her a buttocks-enhancement procedure for next to nothing. The woman agreed and went ahead with the procedure. It wasn’t until few days after that she started having severe pain in her buttocks and wasn’t able to sit down for extended periods of time. She was also suffering from dizzy spells and was fatigued. After eventually going to a real doctor, she was horrified to find out that her buttocks had been injected with different substances including super glue and olive oil.

Thankfully, both of the women in the stories above ended up surviving their cheap cosmetic surgery nightmares. Not everyone is that lucky. A woman named Claudia Aderotimi flew all the way from London to Philadelphia to get injections from a woman that she met online. The woman she met used illegal silicone injections for Aderotimi’s buttocks enhancement procedure. Shortly after receiving the injections that she was hoping would help her break into the music industry, doctors say the silicone spread to her organs and eventually killed her.

It’s so tragic to see lives cut short, or someone being permanently disfigured based on a completely optional procedure. If you or a loved one are planning on getting some kind of cosmetic surgery done, it is extremely important that you do your research, and make sure that you get a reputable plastic or cosmetic surgeon to administer the injections or do the surgery. Always keep in mind that you get what you pay for, and when it comes to someone cutting or injecting something into your body, you should always have it done by a professional. In fact, there are safer procedures that you can have done, and word of mouth is usually the best way to come into contact with a cosmetic surgeon that is reputable, reliable, will explain the process to you in terms you can understand, and will ensure the utmost care when working on your body.

How To Have Beautiful and Healthy Feet

Questions you should ask your doctor before breast surgery