Parents want their sons and daughters to find partners that will truly love, respect and honor their precious children. But sometimes, reality takes a bad turn. Instead of a woman finding a good man, she ends up being with an individual who disrespects her, or worse, beats her.

The sad part is that it can be pretty difficult to determine people with violent tendencies because, most of the time, they are wolves in sheep’s clothing. Still, if you are a parent worried about his child, it’s vital to watch out for signs of violence in your daughter’s boyfriend (or son’s girlfriend) early on. This way, you’ll be able to protect her from teen dating violence. 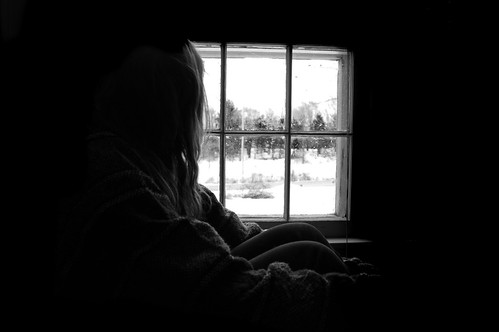 What Is Teen Dating Violence?

There are teenagers who complain that the people that they are dating beat or hurt them on purpose. This is known as teen dating violence, and it can occur in any relationship, whether the teens are just dating, or in a romantic or sexual relationship. This also includes verbal abuse.

Here are a few indications that the individual that your teen is dating may have violent tendencies. Take note that it is not just the male who abuses his partner. Sometimes, it is also the female.

If your daughter is afraid of her boyfriend, then it is an indication that she might be emotionally abused. Other signs include – fear of angering the boyfriend; refusal to disagree with the boyfriend because she does not want to make him mad; or developing a low self-esteem because of her boyfriend’s relentless abuse. This could include embarrassing or debasing her in the presence of her peers or strangers.

Sometimes, a teenager might feel very important or even loved if her partner declares “If you leave me, I’ll kill myself!” That is surely a bold statement that can incite all sorts of strong emotions. A youngster might think that this person truly loves her because he can’t live without her. But instead of feeling loved or being very flattered, the teen must seriously consider talking to an adult about it. The parent must then explain to his child that this is a form of psychological abuse.

4. Is abusive sexually and physically

It is common for a person with a violent personality to also resort to sexual and physical abuse. Physical abuse can be easy to distinguish if you are observant enough. Scratches, cuts and bruises are a few indications. Wearing clothes that are inappropriate for the season, such as donning on long-sleeved shirts during summer, can indicate abuse because the victim could be hiding his injuries.

The article is by Claire Brown, a full-time freelancer who specializes in legal issues. She also writes about Fullerton bail bonds, DUIs, domestic violence, and other law-related matters.

How to Make your Deck into a Stylish Haven