It’s great if you have 11 players on your hockey team who are all at the top of their game, but if they don’t know how to play as part of a team, they may not achieve all they are capable of. Building a dynamic team with winning chemistry is vitally important for success.

Here are a few pointers for achieving that winning chemistry.

Establish a goal for the team

If everyone is playing towards the same goal, then success should follow. Maybe the goal could be for the team to move up a league or to win more than 70 per cent of matches. Whatever it is, set it early in the season, so that every team member knows what it is and works towards it.

Set up some rivalry

Establishing a strong rivalry with another team will motivate players to raise their game, not just when facing this rival, but in other games too.

Friendships should be encouraged within a team but cliques should not. A clique is where a few players bond strongly to the exclusion of other teammates. This can lead to some players feeling left out and not performing as well as they could. One way to avoid any cliques developing is to mix up the training sessions with the use of field hockey drills. 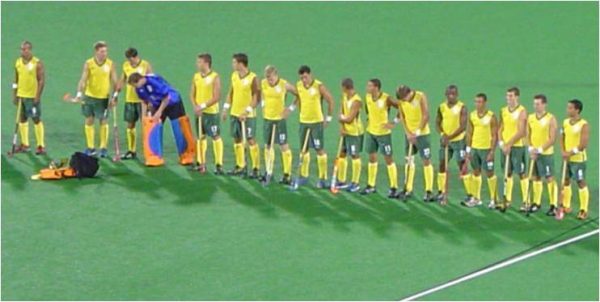 Establishing team chemistry should be done on and off the pitch. One good way to do this is to get the team to watch a field hockey drills video, from a company such as https://www.sportplan.net/drills/Hockey/. Follow this with a social event away from the locker room – maybe something like bowling or grabbing a bite to eat.

Team warm-ups usually involve stretching, so why not try calisthenic stretching? It’s a rhythmic stretching technique which encourages team players to move in unison, thus enhancing the team dynamic. However, it’s not quite as easy as it sounds, according to The Telegraph.

Taking part in a team sport, whether it’s hockey, football or rugby, should be fun. Some people take up a sport because they want to win at all costs, but most people take it up to enjoy themselves, have some social interaction and keep fit. Having fun along the way is sure to raise everyone’s game.

Volunteer On A Sports Programme In Africa On Your Gap Year

How To Improve Boxing Techniques?

Workout Clothing- ‘What Not To’ Wear In The Gym