Agree that the advertising programs of borrowing and lending products surrounds the inhabitants of our country, they say, from all sides, because today you cannot walk the streets of their city, so as not to come across leaflets with suggestions about how to obtain loans. In addition to the bank’s aggressive advertising in the real world, online spaces also filled with a variety of loan products and advertising resources. It is worth noting that even the credit department managers receive monthly special algorithms for the actions they have to observe in order to attract the largest possible number of borrowers in financial institutions. However, with the increase in the volume and level of borrowing proposals and increases in direct proportion to the number of different scams that tries using deceit and all sorts of illegal activities to earn on lending programs. Moreover, as practice shows and statistics can deceive not only borrowers, but even the creditors, because at the moment there are professional scammers, they say, on both sides of the fence, which jeopardizes not only borrowers but also the banking organization. In today’s article we will try to talk to you, dear readers, about what methods are modern credit scams, as an honest person to avoid fraud and not get caught in their nets.

As explained by financial analysts, among the most common fraud schemes with loans in the first place is the design of such programs as credit cash loans or credit cards to shill or, as they call themselves cheaters, foreign borrowing for the passport. It should be noted that this type of fraud is very much spoil the lives of those who had the imprudence to lose documents proving his identity, or for some reason, someone left a scan of your passport, which had been assured of his signature.

In addition to the above options we are also very frequent cases where the borrower is trying to relieve his life, trying not to solve the problems arising from it with documents, and uses the services of intermediaries in the design of various loan programs. The mediator is in the name of the borrower’s financial institution receives a sum, and has applied to it gives the person a lot less money, while pledging to return the share of own funds, which remained in his hands. However, after a certain length of time is that the borrower had received funds from the intermediary financial institution, but after a while the debt only increased further. Why did it happen? – Asked the surprised readers. As explained by financial experts, it happens because the mediator who has received part of the money has not paid its portion of the debt, as well as the entire amount of the loan is registered with the borrower, the financial institution makes all accrued fees and penalties to one client. According to legislation, notwithstanding any agreements and contracts that have been concluded with the mediator to repay debts on loans will be the one to whom the loan was issued, that is, the borrower directly. In this case, as practice shows, in this case, even the search scams are likely to fall on the shoulders of the unsuspecting borrower to the financial institution they are not interesting, its share of cash banking organization will receive by selling debt collectors or by contacting the court. 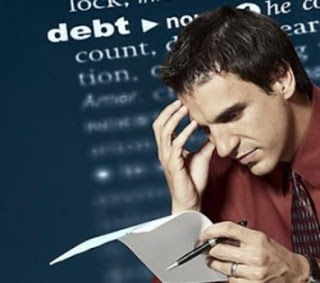 In addition to the above methods of fraud can be added and giving potential borrowers invalid certificates confirming their level of monthly income, the objective of which is to increase the limit of the loan. As practice shows, providing a potential borrower fake certificates confirming the level of income in most cases leads to penetration of the would-be borrower in deep debt hole and, accordingly, the financial institution loses its own funds. That is why the security of financial institutions very carefully examines all nominations of potential borrowers; of course, impossible to completely eliminate scams, but this approach significantly reduces their appearance in the lending sector. In addition, according to financial analysts, in the event that the level of these borrowers will be significantly reduced, the financial institutions will begin to trust your potential customers, which will lead to the fact that the borrowers have a chance to receive credit products at lower interest rates.

How to avoid Scams and Fraud Borrowers?

On receiving credit for someone else’s passport, we have said to you earlier in this article, but today the scammers use schemes that do not present false documents. This is a scheme under which the credit market creates some commercial organization acting as a lender. With the help of advertising, it starts very aggressively disseminate information about themselves, and as such organizations may make companies providing POS-loans as well as cash. In the case of commercial loans fraudsters use this method of deception: a potential borrower visits the company and says he wants to buy, such as a TV or a laptop on credit. The specialists of the company asked him to provide documents, promise to pay the purchase of goods and asked to sign an agreement to provide credit and property as collateral. The potential borrower agrees and familiarized with the loan agreement, is going to put his signature. To this point fraudsters seem normal. However, at the last moment before signing the contract comes into the office manager or secretary and apologizing takes away a potential borrower contract, which he had read in order to make a copy of it, as he said this is the last clean copy of this document. After a few minutes the manager comes back from the next room and gives the borrower to sign a document, which he calmly signs, and a month later it turns out that the borrower has provided their assets are not pledged as collateral, and traded it to your computer or TV. Moreover, from a legal perspective everything is clean and correct, because the borrower voluntarily signed the treaty, which was informed of, and to prove that the contract has been replaced by another is virtually impossible.

It is also possible deception of potential borrowers when they receive such loan programs as a cash loan , in this case, the manager of the company providing the loan, assures a potential customer to sign a contract for 60 million rubles in actual loan limit of 10,000 thousand. In this case, the manager approves a borrower that ostensibly forms for registration of the loan they are all the same and that is a significant difference in the amounts of credit does not matter, but in practice, after repayment of the loan for 10,000 rubles firm begins to demand the balance amount from the borrower. Therefore, deciding on the design of the loan, try to avoid gray credit schemes and instead use a reputable financial institutions or loan brokers that will help you make a loan to the legal terms.

Theft Cover For Your Gadgets

Current Accounts: A Good Way To Earn Interest On Your Money?

Things To Consider Before Going For Mortgage Refinancing