New Zealanders eat more bananas per capita than any other nation in the world. But before you start researching Auckland airline fares to head out to the banana capitol of the world, you should know a bit more about the global banana industry and why three entrepreneurs have set out on a mission to bring Fair Trade bananas to their Kiwi countrymen. 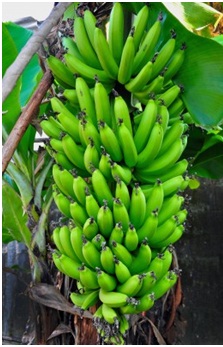 Bananas are thought to be one of the oldest edible plants ever domesticated by humans. The first bananas came from Asia about 10,000 years ago.

Analysts think that nearly 85 per cent of the bananas produced in the world today come from small plots of land or even kitchen gardens. Overall, over 100 million tonnes of bananas are grown around the world each year. They are one of the most important staple crops in tropical regions because, along with dairying, they are one of the few activities that can provide year-round income. Bananas are also cheap to produce, and the most common cultivar on today’s market, the Cavendish banana, produces a high yield per hectare of land. Overall, banana exports generate over $5 billion worldwide, making them the world’s most lucrative export fruit.

The Spanish introduced bananas to the Caribbean when they colonized the New World. Since that time, Ecuador, Costa Rica and the Caribbean have become the world’s largest banana producers. However, three of the four companies that control the worldwide banana industry are American. Chiquita, Dole and Del Monte, along with the Ecuadorian company Noboa, contract with or employ most of Latin America’s banana producers. Because they contribute so much to the economy, these companies have a heavy influence on political, social and economic decisions that are made in those areas.

This economic importance of banana production means that Latin American governments have a hard time regulating unfair labour practices and environmentally destructive growing habits. However, the concept of “fair trade” fights back against some of these practices by ensuring that farmers receive a stable and reasonable price for their crops. The Fairtrade International Organisation (FTO) develops and maintains Fair Trade standards for farmers. Some of these standards include:

Simon Coley, along with brothers Matthew and Chris Morrison, started importing bananas in 2008 from Samoa, where Chris had connections from his one-time gig as owner of Phoenix, an organic drink producer. After a number of missteps and after creating a lot of rotten banana compost, the trio formed the company All Good and connected with a Fair Trade-certified cooperative of banana growers in El Guabo, Ecuador.

For the three years they have worked with El Guabo, the trio has captured a 5-per cent share of the New Zealand banana market, which amounts to between $160 and $200 million per year. The Ethisphere Institute named All Good one of the World’s Most Ethical Companies for 2013. All Good is the first and only New Zealand company to ever make the Ethisphere list. In addition, New Zealanders voted All Good’s bananas as one of their favourite Fair Trade products.

Altogether, the company has contributed a premium of NZ$280,000 to the El Guabo community. Coley and the Morrison brothers estimate that they sell 3.9 million bunches of bananas each year. They do all of this with only 10 staffers who work at their headquarters in Grey Lynn.

“Good for the growers, good for the land and good for consumers” is the driving philosophy behind All Good products. The company’s success is just one example of how New Zealanders are making the world better through bananas.

About the Author: Fran Gregory is a locavore and ethical food advocate. She profiles many Fair Trade companies in both print and online publications.

Where Does The Future Of Indian Auto Component IndustryLie? Let Us Take A Close Look