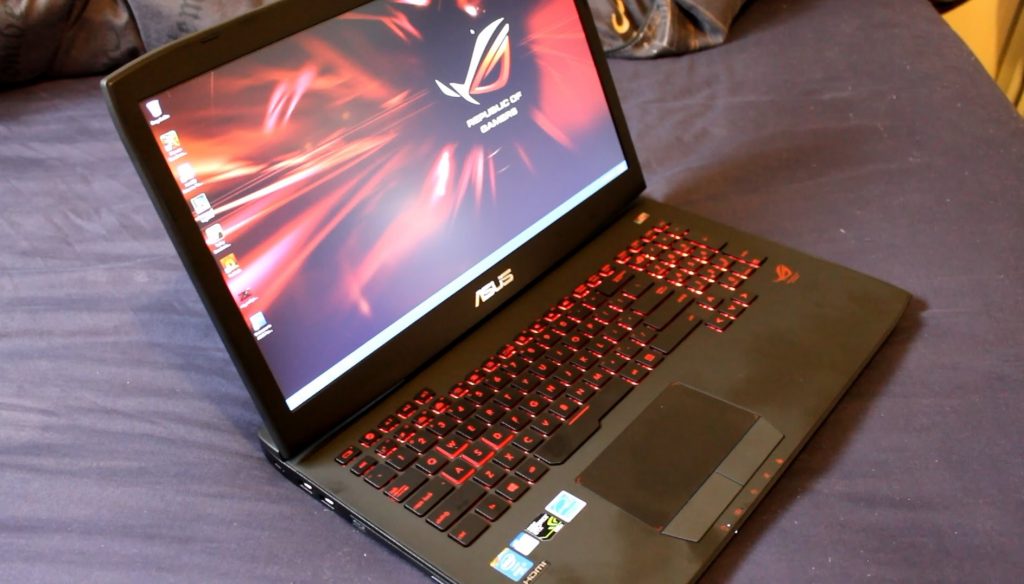 It wasn’t too long ago that MSI packed up its Indian operations and left for a temporarily period. But it all changed when MSI decided to step up the game in the Indian segment with strong product releases, thus showing its dominance and the MSI Titan Pro 4K GT73VR 7RF is a case in point of their market dominance. This is a seriously beefed up laptop from MSI and is capable of competing with the best of gaming laptops out there. In fact, it is one of the few laptops that MSI advertises as having support for SLI. Here are the specifications:

With specifications like these, the MSI is well capable of running VR and high end gaming without breaking a sweat. The thing that also makes the MSI stand out is that despite the seriously beefed up specifications, is the fact that it has a full metal outer construction and an RGB keyboard. So it performs like it looks and it also gets a plethora of I/O ports.

If you wanted the most ultimate gaming laptop money can buy, look no further. Props to Asus for actual making this behemoth a reality as it isn’t a subtle looking thing. To start off, it comes with its own carrying briefcase. Secondly, this is perhaps the only laptop in existence that comes with its own separate water cooling compartment which features a quick disconnect mechanism for when you don’t need the extra cooling. Now the reason why the Asus features this is because it does need a lot of cooling to properly cool off the components that lie underneath and it goes something like this:

If that weren’t impressive enough, then it also comes with its own RGB Mechanical Keyboard which can pair up with Asus AURA sync to control the lighting elements. Now this laptop is one of the few in existence that is actually overclockable beyond its rated speeds. This is primarily the reason why ASUS even pairs it up with the separate liquid cooler because the stock heatsinks, even though beefy, just don’t cut the mustard when it comes to long durations of operations with overclock.

Alienware is one of the most renowned brands when it comes to gaming peripherals and PC’s. Infact, it is the only brand that existed long before the likes of Asus and MSI existed in the gaming segment and offered gaming laptops. The Dell Alienware 17 has gone through many iterations and is called the ‘17’ because it literally features a 17 inch display. It isn’t a portable laptop per-se owing to the humongous proportions but the huge proportions do make headway for some serious hardware as it can be configured up to:

The 17 can be forgiven for not fairing as well as Asus or MSI in the coolness factor, but it has always been Alienware’s philosophy to keep the aesthetics as underrated as possible, and it is quite evident when you look at the exterior because it only has the Alienware logo to identify itself. The 17, like the others in this segment, is meant to be desktop replacement as battery life like the others isn’t particularly its strong suit.

When we think of Lenovo, we always assume serious business laptops like the Thinkpad. It would be true even today have Dell didn’t decide to step up the game with tis gaming laptop brand, aptly named as the “Legion”. Lenovo isn’t particularly a new player in the gaming laptop market and the Y series did exist before. Nevertheless, the Y720 is their most recent offering and can easily be considered as among one of the best value gaming laptops that you can get currently. It doesn’t have a very bulky profile like the others in this list, but that doesn’t mean that it is a slouch in any way because the Y720 can be spec’dupto:

Beside the impressive specifications, the Legion Y720 also comes with Dolby Atmos tuned speakers and audio and has native support for Xbox controllers integrated into its control software. Other features include an RGB keyboard, also configurable. The best part about the Lenovo is that unlike most gaming laptops, it is on the more affordable side as it comes in a range of configurations and can be spec’d to meet individual requirements.

The Omen is a fairly new line-up from HP as far as gaming laptops go. In principle, the Omen is quite close to Acer’s predator line-up as far as launch times go but HP isn’t really messing around with the Omen brand. Unlike the predator, the Omen is offered both as desktop gaming PC’s and Gaming Laptops. Specifications wise, it can be customised upto the following:

Other than this, you can also get it with bang and Olufsen speakers which are DTS certified (in its top end configuration). The USP of them Omen line-up is that it isn’t limited to the flagship category and its gaming laptops can be bought with lower end configurations.

For more details, you can visit killerfeatures.com for more best gaming laptops suggestions. On a side note, if you want better battery life, then look at the ultra-books as these aren’t known for theirs.

Take Your Game To The Next Level At CaesarsCasino.com

Deus Ex: The Fall – The First RPG Game For Mobiles