Once Hemp used to thrive in the state of Kentucky, but it has been the decades when the growing of this plant got banned in the state. The main reason that was give to stop the production, is that Hemp plant looks similar to marijuana and people can take advantage of it illegally. Now again the pep of growing Hemp is warm as the legislature of Kentucky approves the bill to legalize hemp-production.

The decision of legalize the hemp-production in the state will provide benefits directly to farmers. Also Mr. James Comer, Agriculture Commissioner of Kentucky state agreed that the decision could bring economic boost in the state. He added that it will help the state to provide different types of job in paper making and cosmetics industry. 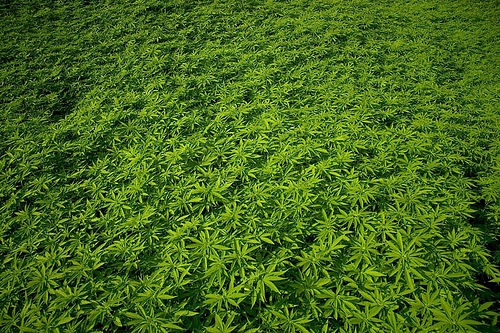 Not just farmer will be benefited by growing Hemp, other people who are unemployed in the state will get job in cosmetic industry. The state government will create lots of new jobs for people by opening paper making factories. Also the production of Hemp will boost the production of cosmetic production and it would require new people to work in cosmetic firms.

Protester who are against the decision say that leaves of hemp look similar to marijuana, and hence the bill should not be passed. The production of hemp can be easily used to disguise marijuana. The fact is hemp doesn’t contain THC. This is the psychoactive element that marijuana leaves contain and people who want to get high use marijuana leaves frequently.

However according to the bill, people who want to grow hemp have to get permission from the state government. A license will be given after throughout criminal background check that allow a farmer to grow the plant. One farmer can only get the limited license to produce hemp only in ten acres of land. Anything more than that parameter would be an illegal and punishable offense.

The bill got passed at the eleventh hour by an convincing 88-4 margin. Now the bill is at the governor’s desk waiting to become a law. The governor of Kentucky Mr. Steve Beshear has a few days until 6th of April when either give the green signal or prohibit the legislation. It is all down to Washington overturn.

According to the James Comer, the general assembly has made it clear that Kentucky is serious about the industrial production of hemp. He added that we are looking forward to glow the crop in the way which is correct and legal. He also added that we are waiting for the governor decision as if the governor says yes, we will head towards the Washington to request the waiver. Finger crossed as in few days the picture will be clear whether Kentucky will grow hemp in the future or the farmers have to wait more.

Understanding The Convenience Of A Catering Company

Fresh, Nutritious and Tasty: Why Indian Food Is Good For You